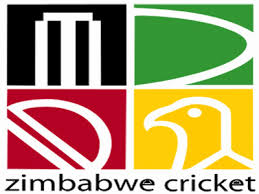 Not qualifying for the 2019 Cricket World Cup (CWC) in England has been a big blow for cricket in Zimbabwe, both commercially and for international cricket reasons.

Zimbabwe lost to the UAE, a team they should have beaten, by three runs in the Super Six stage of the CWC Qualifiers and failed to secure a place in the final. With the two finalists, the West Indies and Afghanistan, qualifying for the 2019 CWC, it meant that Zimbabwe in fact crashed out of the 2019 CWC. These three runs will prove to be very costly as Zimbabwe will lose out on millions of dollars paid to the teams that participate in the 2019 CWC.

This is a situation they cannot afford because of their massive debt levels, owing the banks $20 million and also having an International Cricket Council loan of $3,6 million. Qualifying for the 2019 CWC was crucial to their future financial sustainability and survival.

Heath Streak was appointed Head Coach. They brought back Kyle Jarvis and Brendan Taylor from playing County cricket and Solomon Mire from Australia at a huge cost to ensure that they qualified. Once they failed to qualify, the fallout from the Board was quick and ruthless with Streak and his management team being dismissed almost with immediate effect. They also dismissed all management staff attached to the Zimbabwe ‘A’ and U.19 teams who played no part in not qualifying. This irrationality can only be ascribed to a lack of money from Zimbabwe Cricket (ZC).

ZC’s financial woes are well documented. It has affected their operational capacity to host international cricket, the playing of domestic competitions and also an inability to pay their players and staff on a regular basis. They rely totally on the ICC for funding, because commercially cricket is not viable in a small country in which the economy has been politically destroyed for decades.  Commercial opportunities like television rights, event sponsors, advertising and gate income do not exist in Zimbabwe like in other cricket playing nations.

How Zimbabwe has managed to become so heavily indebted over the years is a question that needs answering as they have played in most of the ICC global events and enjoyed those massive financial benefits. On the surface there seems to be no major investments that have been made in cricketing infrastructure or growing the game in the country. In fact, recently the ZC Board reduced their domestic competition by one team to four.

Can Zimbabwe cricket survive having to repay millions of dollars in loans, operating a team at international level and supporting domestic cricket at all levels? Or will those three runs against the UAE break the camel’s back financially?