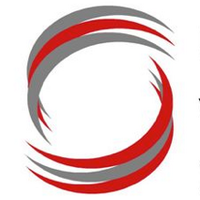 One World of Sport welcomes a number of promising cricketers.

A number of promising young cricketers recently put pen to paper on an agency and management agreement with One World of Sport.

Shaheen Khan is a 29-year old allrounder (right-hand batsman and right-arm medium fast bowler) who has already played franchise cricket for the Cobras in all three formats of the game.  He made his first-class debut for Western Province in 2011 and has also represented the Gauteng Strikers.

Cebo Tshiki is originally from Border but now plies his trade with Boland, where he has a semi-pro contract.  He has already represented the Cobras in the Sunfoil Series and T20 Challenge.  Tshiki is a left-hand top order batsman and played SA Schools in 2007.  He is 26 years old.

More recently, Kyle Verreynne, Liam Smith and Luke Philander all played for the SA U.19 team at the 2016 U.19 World Cup in Bangladesh.  Verreynne is a wicketkeeper and top order, right-hand batsman.  He has already played 15 games for Western Province across all three formats.

Smith is a right-hand opening batsman.  He is from Gauteng and like his more illustrious namesake, Graeme, also attended the well-known cricket school in Johannesburg King Edward VII.

Philander is from Boland.  He is a right-arm, off-break bowler and right-hand batsman.

Ottniel Baartman is a 23-year old, right-arm fast bowler from South Western Districts.  He made his first-class debut a year ago and in only 6 games has already taken 23 wickets at an average of 24.17.