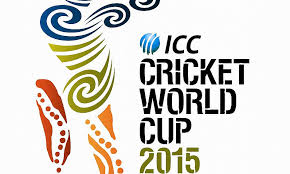 The 2015 Cricket World Cup starts on 14 February. There have been surprise omissions in all the squads. How will the teams perform without the leadership, experience and quality of these cricketers?

The 2015 Cricket World Cup starts in Australasia on the 14 February in exactly twenty eight days’ time. All participating nations have announced their squads for the global event. As usual there have been surprise omissions in all the squads, especially the West Indies, South Africa and England.

The biggest surprise has been the omission of Dwayne Bravo and Kieran Pollard from the West Indies squad. The convenor of selectors Clive Lloyd has gone to great lengths to emphasise that these omissions have been based purely on cricket criteria only.

In spite of Lloyd’s statement there can be little doubt that they have been left out of the World Cup squad as punishment for the “walk out” on the Indian tour late last year. Bravo was the West Indies ODI captain on this tour. When one has a look at Bravo (164 ODI’s) and Pollard’s (54 ODI’s) contribution to West Indies cricket, profiles and their career statistics it is hard to believe Lloyd.

The other shock omission has been the England captain Alistair Cook. He was announced as England’s captain to the World Cup, but after a poor tour to Sri Lanka for both the team and himself he was replaced by Eoin Morgan. Once again Cook has a good record having played 92 ODI’s for England and averaging 36,40 with a good strike rate of 77,13.

Can England afford to have made such a drastic leadership change on the eve of cricket’s biggest showpiece? The answer is no but once again their selectors gave in to media pressure. Cook will not only be missed as leader but as an opening batsman against the two new balls.

Ryan McLaren has been omitted from the South African team on what grounds, I am not sure even the selectors know. McLaren has been a successful member the Proteas ODI team for 3 years and has been ditched on the eve of the World Cup. He has been the best fast bowler in ODI cricket in the world the last two years. He had a poor tour late last year to Australasia, but was recovering from an injury. Like Clive Rice before him in 1992, it is difficult to understand this decision. Good limited overs teams are blessed with allrounders but the South African selectors obviously do not subscribe to this proven theory.

It will be interesting to see how these three teams perform without the leadership, experience and quality of these cricketers.