Will the Proteas finally triumph? 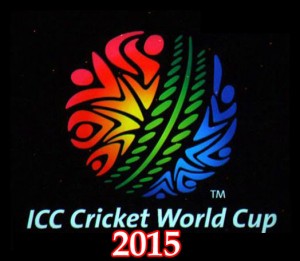 In little more than three months, the Proteas will embark on a World Cup campaign, hoping to achieve what no other South African team has come close to achieving.

More than 20 years since South Africa’s re-admission into international cricket it still remains a mystery why the country has failed so miserably at cricket’s biggest showpiece, the World Cup.

In little more than three months, the Proteas will for the seventh time embark on a World Cup campaign, hoping to achieve what no other South African team has come close to achieving. The eleventh edition of the Cricket World Cup takes place in Australia and New Zealand from 14 February to 29 March 2015.

In the build-up the South Africans appear to have done at least two things right. Firstly, since the ODI series against Pakistan in the UAE in October/November last year, the Proteas’ ODI team selections have been consistent.  Apart from the odd combinations tweaking here and there and a few minor injuries, the core of the team has stayed the same.  It looks like the players know their roles and the team is starting to gel into a solid unit.

On Monday the Proteas left for a six weeks’ tour of New Zealand and Australia. The timing of the tour in terms of World Cup preparations couldn’t have been better.  The team management have obviously learned from previous campaigns.  In 1992, the Proteas were woefully unprepared for the New Zealand leg of the World Cup.  After their triumph in the first match against Australia in Sydney, they were walloped in the next two in New Zealand by the co-hosts and Sri Lanka respectively.

Furthermore, the Proteas last played an ODI in Australia in January 2009 – almost six years ago! Although Australian and South African conditions are very similar, there is still nothing like the real thing and it can only be good for the Proteas to play Down Under again shortly before the World Cup.

Counting against the Proteas, though, are the scars of previous failed World Cup campaigns and a patchy recent record against the co-hosts, arguably their two biggest rivals.

The chokers tag has been hung around the Proteas’ necks for many years. In the 2015 squad, captain AB de Villiers will probably be the only survivor from the 2007 West Indian World Cup and only a handful of players from 2011 in India will be there again.  That is good because there has always been the nagging suspicion that the battle-scarred veterans were the ones holding the Proteas back.

Since the 2011 World Cup in India, the Proteas have played six ODI’s against Australia, winning three and losing three. Crucially they convincingly beat the Aussies last month in the final of a triangular series in Zimbabwe.  One could say the Proteas have a slight edge on the Aussies but then again, there is never such a thing as a weak Australian team.

The Black Caps were beaten 3-0 in an ODI series in New Zealand in February/March 2012, but a year later the Proteas lost their first ever ODI series (2-1) against them in South Africa. The Proteas’ victory came in a dead rubber and was achieved off the last ball.

The current tour will give the Proteas valuable game time against their biggest foes. If they can be one up on Australia and New Zealand after this tour, and shed the scars of previous World Cups, then maybe they can start dreaming…