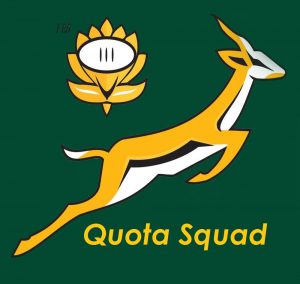 At the conclusion of the Rugby Championship there must be a serious question if South African rugby is terminal. The Springboks can no longer compete with the All Blacks and are in a battle of survival with the Wallabies and Pumas, who themselves are two very ordinary teams. The end of season tour to Europe, which includes England and Wales, looms large and will be a further indication of the state of Springbok rugby.

The official statistic is that 350 South African players are playing professional rugby abroad, mainly in Europe and Japan. People within the rugby fraternity believe that this figure is closer to 650. No country can afford to lose so many of the players it has developed and remain competitive.

The exodus of these players is driven by opportunity and money. The weak rand is seen as the main problem, but these opportunities are also in economically wealthier countries. Supply and demand is against South African rugby.

However, the one underestimated factor is the political pressure on South African rugby to transform the Springboks. If this transformation was based on merit it would be a big asset to the South African game as it would increase the pool of players available.

But it is not; transformation is driven on representation and not on merit. The South African Rugby Union (SARU) has an agreement with the Government that by the 2019 Rugby World Cup, the Springbok team will be 50/50. On merit this is not possible, as the game is dominated by the white community who have the passion for rugby, especially the Afrikaners. The pool of black players is simply too small.

More and more young players are leaving the country because they are uncertain of their futures as they believe they cannot be selected on merit for the Springboks and domestic teams. Many of them move to other countries to qualify to play international rugby, like CJ Stander (Ireland) and Rory Kockott (France). But most of them leave to play professional rugby with rich financial rewards as opposed to an uncertain future in South African rugby. It is a case of one in the hand is better than two in the bush.

Also, the South African style of play is outdated and needs to change to a modern style of play with skilled players being able to attack with ball in hand. The old days of dominating physically with the forwards and smothering the opposition is long gone. The professional era has ensured that all players have the same physical conditioning and skills. The South African game needs to be modernised from grass roots upwards if the Springboks are to remain competitive.

Historically South African rugby has not adapted well to the professional era and new political dispensation. The Springbok is in a fight against extinction.