What’s happened to the bad boys? 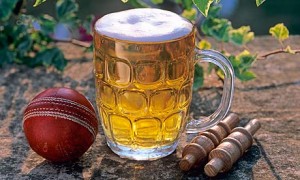 Wonder if Alastair Cook still fancies having a pint with Michael Clarke…?

England convincingly beat Australia by 169 in the first Ashes test match in Cardiff. Afterwards the Aussies declined England captain Alastair Cook’s invitation for a drink. At the time, one fleetingly wondered if the invitation would also have been forthcoming if England had lost the match.

Nevertheless, it was generally portrayed in the media as a good gesture by the English team and as a sign of bad losers on the part of Australian captain Michael Clarke and his team. Most cricket followers’ first thoughts would have been that Australia missed an opportunity to set a good example and show sportsmanship in the harsh reality of professional sport.

On second thoughts, I believe the men from Down Under were spot on.

When the New Zealand rugby legend Tana Umaga was penalised by Australian referee Wayne Erickson for a dangerous tackle in a Super Rugby match he famously quipped: “It’s not tiddlywinks now, is it..?” The Ashes isn’t tiddlywinks either. And neither is any test cricket for that matter.

In an earlier article I lamented the Aussies’ sledging and expressed the hope that it would be curtailed during the Ashes. But for a few mind games (e.g. David Warner and Nathan Lyon interfering with Ben Stokes’ mannerisms between overs), not much sledging was to be seen in Cardiff. It also happened to be one of the most insipid performances by the Australian test team in a very long time. Any coincidence..?

At Lord’s a mere five days later the Aussies were back to their aggressive best. Mitchell Johnson was spewing fire and Mitchell Starc and Josh Hazlewood were not far behind. Clarke and David Warner were their arrogant, hard-nosed selves again. The outcome: An English demolition job. The third biggest margin of defeat by runs in 139 years of Ashes history – 405 runs.

At the time of writing, the first test match between South Africa and Bangladesh was into its third day. So far it has been a thoroughly underwhelming performance by the Proteas and I found myself inevitably drawing parallels between them and the good-naturedly passage of the first Ashes test. During the Graeme Smith era, players like Smith himself, Jacques Kallis, Mark Boucher and (at the time) Dale Steyn neither asked an inch nor gave any on the field. They were hard as nails test cricketers. They played good but aggressive cricket and it took them to the No.1 spot in test cricket – a position they have comfortably maintained since 2012. A direct consequence of their aggressive approach was that the wrath of match referees and fines were never far away. This never really deterred them.

It is that unadulterated aggressiveness that is now sorely lacking in the current Proteas squad. The signs were already there in the West Indies series in South Africa in December/January – too much “goody-two-shoes” and not enough “in your face”. Have they forgotten about getting stuck in, roughing up and getting under the skin of the opponents? You know, just generally being bad boys every now and then. Admittedly it might be difficult for the Proteas to fire themselves up for a test match against Bangladesh, but the Tigers are no push-overs these day and the Proteas could be in for a rude awakening if they‘re not careful.

The Proteas must take a leaf out of the Aussies’ book and emulate their second test performance – good old-fashioned aggressive test cricket. No tiddlywinks.

By the way, I wonder if Alastair Cook still fancies having a pint with Michael Clarke…