What to make of India? 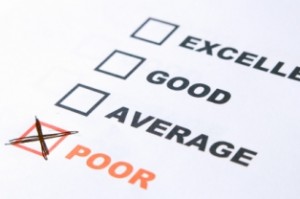 A scarred Proteas team will tackle the English in another 4-match Test series starting on Boxing Day in Durban. This series will be a truer barometer for the Proteas.

The conditions the Proteas encountered during the recent Test series against India were so extraordinarily foreign that it is well-nigh impossible to make an objective assessment of the tour.

When the Proteas left our shores at the end of September, no one gave them any chance of returning with any bragging rights. The Proteas may have lost the Test series but it seems everyone has forgotten they won the preceding ODI and T20I series.  The tour was certainly not a complete failure.

However, winning the white-ball series had serious short-term consequences and failing in the Test series will have one long-term consequence. As for the latter, history is a severe judge and soon no one will remember that the Proteas won the white-ball series.  To wit:  When the Proteas won the Test series in England in 2012, which team won the ODI series?  Over time Test series victories are remembered, not ODI or T20I series triumphs.

In the short-term, the Indian response to the white-ball losses was unapologetically direct: The groundsmen at the Test venues better prepare spin-friendly pitches or else…

After South Africa amassed 438 runs in Mumbai in the final ODI, Ravi Shastri, the Indian team director, verbally abused the Wankhede Stadium groundsman to such an extent that he laid an official complaint against Shastri with his local cricket association. Indian ODI captain, MS Dhoni’s parting shot after the ODI’s was a call for spinning surfaces similar to the ones on which India beat Australia 4-0 in the 2012-13 Test series.

Indian captain Virat Kohli also got in on the act before the first Test. Here is an extract from a report on www.espncricinfo.com:  “On Monday afternoon (three days before the start of the first test), around 3pm, three Indian players and India’s three assistant coaches came to the PCA Stadium in Mohali for an optional training session. Daljit Singh, the chief groundsman, got a call immediately that they had arrived…  The first thing Virat Kohli and the coaches… did was walk to Daljit and the pitch… Like a good Punjabi boy, the first thing Kohli did upon reaching the square was touch Daljit’s feet. Daljit patted the youngster’s back. Intense discussion around the pitch followed for about 10 minutes…  Before the Indians arrived, Daljit had asked his groundsmen to make brushes by intertwining a coir rope. Four of the groundsmen then began to scrub the surface with those brushes. To bring some sheen without shaving off the grass, a groundsman said.”

The Mohali pitch set the tone and throughout the series the pitches have been a big talking point. Kohli, Shastri, R.Ashwin and co. trying to defend it; Hashim Amla, AB de Villiers and co. resisting the temptations to criticise it.

The Test series was decided in the third match in Nagpur on a pitch subsequently rated by the International Cricket Council (ICC) as “poor”. The only worse rating is “unfit”, when the pitch presents a real danger of bodily harm to the players.

The surface for the final Test match in Delhi was fair, prompting Kohli to state with naïve arrogance that “if it’s written that a pitch is a factor in victory, then it’s unfair”.  But that is exactly the point.  What if every Test match pitch in the world is prepared the way the pitches in Mohali and Nagpur were prepared..?  Test matches are (theoretically at least) supposed to last five days.  There is no chance in a million years that a Test match on a Mohali or Nagpur surface can last three days.  The two decisive venues in this series were not fit for Test cricket.  Period.

A scarred Proteas team will tackle the English in another 4-match Test series starting on Boxing Day in Durban. This series will be a truer barometer for the Proteas.  If they emerge victorious, India can be written off as an once-in-a-lifetime, bad experience.  If the Proteas cannot make the grade against Alistair Cook’s charges, only then the Indian series could seriously be considered as perhaps the beginning of the end of the Proteas’ reign as the top Test team in the world.