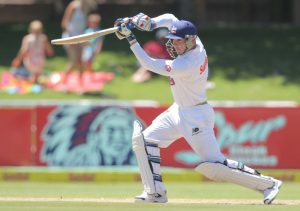 The 29-year old will ply his trade as a local player from April 2017 after completing the 2016/17 season with the Cape Cobras.

Van Zyl has played 12 Test matches for South Africa and made an unbeaten century on debut against the West Indies at Centurion in 2014.  The left-hander has played 131 first-class matches, scoring almost 8,000 runs in the process, including 18 centuries and averaging 42.78. His List A record is also impressive, having made over 3,000 runs in his 103 matches.   His medium-pace bowling has yielded over 50 wickets in first-class cricket.

Van Zyl said of his move to Sussex:  “I am very excited to be joining such a prestigious club and can’t wait to be contributing on and off the field, especially with the youngsters coming through.

“I look forward to scoring plenty of runs and taking plenty of wickets in the new county season and aiming to help Sussex towards silverware next season.

“I would also like to thank all the coaching staff and board members for the opportunity for the next three years.”

Sussex’s Head Coach Mark Davis said:  “We are delighted to have Stiaan joining us at Sussex Cricket.  To have a player of this calibre choosing to play his cricket in England, and committing himself to Sussex, will be a huge boost to the club.”