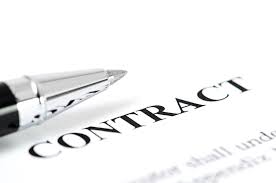 Professional sportsmen must understand the context of their contracts

When sportsmen misbehave or throw their toys out the cot (think Luis Suarez, Frans Steyn or Herschelle Gibbs), people are usually quick to say their employers should sort them out just like you would for any other employee.  This, however, is only partially true as a professional sports employment contract is not always as legally binding as one would expect of a contract.

A professional contract doesn’t allow the sportsman to willy-nilly disregard its content, but it is very important that the sportsman knows it is different from a “normal” employment contract and that the context in which it operates makes it a kind of its own.

A conventional contract of employment consists of two parties, the employer and employee.  It can loosely be described as a mutual agreement in terms of which the employee for a specific period and remuneration places his services under the authority of an employer.  A professional contract does have all these characteristics but it is also much wider than just that.

When considering the nature of a professional contract, three things set it apart from the usual employment contract:

• The personal nature of the sportsman’s ‘services’.
• The number of simultaneous contracts a sportsman can have.
• The limited lifetime of a sports career.

A professional club rugby player in Bloemfontein had a fall-out with his club, leading to a bad loss of form and eventually the player leaving the club for another before his professional contract had run its full term.  His first club wanted to keep him to his contract and took him to court.  The personal nature of the player’s services to the club was the central theme of the court case.

The court found that the player’s ‘services’ not only depended on his personal enthusiasm, willingness and drive, but also on his ability, proficiency and skill as a professional rugby player as well as the player’s relationship with the club.  The court therefore viewed the possibility of enforcing performance from a player under a professional contract as being limited and indeed unenforceable on the facts of this particular case.

In its conventional application, it is unheard of for a normal employment situation in which there are several ‘employers’ exercising control over the services of one employee at the same time.  The definition of an employment contract only implies a single employer.

However, it has almost become a norm in South African cricket for professionals to be party to more than one contract at the same time and several contracts over the course of a calendar year.  A plethora of South African franchise and semi-pro contracted cricketers play club cricket in England every year.  Their South African teams give them permission to go and at least nominally the South African contract is still the primary contract, but for the five or so that they are in England who is their actual employer..?

In this context the case of former Springbok rugby player AJ Venter is interesting.  In the late 90’s, Venter was under contract at the Lions.  The contract stipulated that should he be offered a more favourable contract by another team and the Lions are able to match that offer, he would renew his contract with the Lions.  The Sharks then made Venter an offer which the Lions duly matched, or so they thought…

Venter signed the Sharks contract and the Lions took him to court.  The court decided that while the Lions could match the Sharks’ offer in financial terms, they could not match other terms offered such as superior coaching and being able to train on the beach and swim in the sea.  Given the limited lifetime of a professional sportsman’s career, it was enough reason for Venter not to be bound to a renewal of his Lions contract and allow him to conclude a contract with the Sharks.  This will most certainly not be the case with a conventional contract of employment, especially where the remuneration is exactly the same.