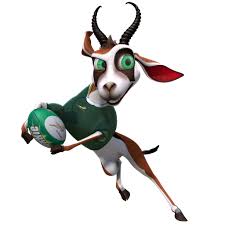 It is difficult seeing the Springboks ever returning to the summit of international rugby.

Two of the world’s iconic sports brands, the Australian cricket team and the Springboks, are under severe pressure due to lack of performance by their high standards. Both teams have been historically dominant in their respective codes, but are finding it more and more difficult to maintain their iconic status in a changing world.

The Springboks are experiencing their poorest year yet in their long history, having lost no less than seven of their eleven Test matches. The Test against Wales looms large as Allister Coetzee and the Springboks try to turn around what has become a free-fall situation. The 1966 Springboks lost six matches in a row and until this year were considered the worst Springbok team in history.

The Australian cricket team, known as the “Baggy Greens”, has just been beaten by the Proteas in a Test series for a third successive time on Australian soil since 2008. It took South Africa 98 years to win a Test series in Australia and now they have beaten them three times in eight years.

The gradual demise of Australian cricket has also made the Ashes Series more competitive than at any time in the 140 year history of the Ashes. Australia has surrendered the Ashes to England in five of the last seven series ‘played since 2005.

On the recent tour of Sri Lanka they were beaten 3-0 in the Test series, Add the two defeats against South Africa and they have now lost five Test matches in a row. This has opened up gaping wounds in the Australian cricket system. The demise of the current team has come as a surprise, because at the start of the 2016 they were the number one ranked Test team. It is clear that the system is not capable of finding replacements for the likes of Michael Clarke, Brad Hadden, Mitchell Johnson and Chris Rogers who have retired.

There is a strong belief that Australian cricket has become too commercially driven and ignored the basics of the game. They have neglected the Sheffield Shield that has served Australian cricket so well for 124 years. The Big Bash now takes preference with regards to scheduling and profile. Also, there is a belief that the domestic system is too narrow to produce enough quality international crickets for the modern day game.

Australian cricket will need to address the current structures and strategies, if it once again wants to be an iconic international brand. With the right corrective measures Australian cricket can once again become great, as cricket is still their number one sporting code.

With regards the Springboks, it is difficult seeing them ever returning to the summit of international rugby. The political environment is against them and also the drain of players to overseas clubs will make it impossible. The only question is how far they will fall; currently they are ranked number five in the world.