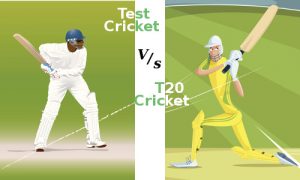 South Africa and Afghanistan have launched their own T20 tournaments that will take place between now and the end of the year. World cricket now has seven T20 tournaments and England will be added to this list in 2020. This will leave only New Zealand, Sri Lanka and Zimbabwe of the full nations of the International Cricket Council (ICC) without a global T20 tournament.

International cricket and the global tournaments need the best players in the world to be marketable and commercially viable. This raises the question, can the two co-exist together successfully in the interests of cricket or will there be a casualty, and who will that casualty be?

The West Indies were the international team touring Australia during the high profile part of last summer and they were poor,  generating very little interest from the public. There is no doubt that the Big Bash was the cricket product of choice last summer for Australians and not international cricket. This summer is the Ashes series and it will be interesting to see how an Ashes summer compares with the Big Bash in public interest.

The ICC needs to ensure that cricket does not enter a situation like tennis where the tournaments become more important than playing for your country because of money. Cricketers need their international and professional contracts as there are only a handful of cricketers who have the skills set to be full-time T20 professionals. For most cricketers their international and professional contracts remain their bread and butter with T20 tournaments, if they are contracted, being the cherry on the top.

The ICC needs to ensure that the two formats complement each other and not destroy each other.