Two divisions will be the death of certain test nations 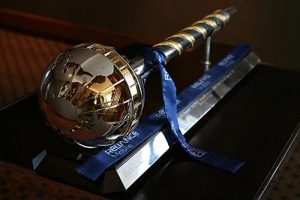 Two-tier test cricket will be the death knell of some. Getty Images

Currently the International Cricket Council (ICC) is investigating the possibility of two divisions of Test Cricket from 2018. Cricket South Africa has already indicated that they would support such a proposal by the ICC.

The splitting up of the current ten Test nations, with the addition of two more Test nations, into two divisions will be the death of certain Test playing nations like Sri Lanka, Bangladesh and the West Indies. Also, where will the ICC get the two additional Test nations from? Zimbabwe, the tenth ranked Test nation, has already proved that they are not good enough to play Test cricket and do not have the domestic structure or commercial viability to be a sustainable Test nation.

The recent Test series in Sri Lanka where the home team easily beat the then number one ranked Test team, Australia, 3–0 proved exactly why two divisions of Test cricket is not necessary. It is an accepted norm that visiting teams, no matter how strong, will always struggle away from home in foreign countries with their different conditions. That is the character and beauty that makes Test cricket great.

Even if teams like Sri Lanka and Bangladesh are not competitive away from home in Test cricket, they have still made a big contribution to world cricket at ICC events. In fact, the West Indies and Sri Lanka have done better in World Cups than most nations, including England and South Africa. If they are not allowed to compete on an equal footing internationally, it could affect their ability in global events to the detriment of world cricket.

If the ICC decides on two divisions of Test cricket it will also have a disastrous impact on the commercial aspects for the second division teams. It is difficult to see any broadcaster showing any interest in paying substantial amounts of money to buy the rights to broadcast the lower division Tests. This will then have a knock on effect on the other commercial aspects like sponsorship and advertising. It will lead to bankruptcy or serious financial problems for the poorer cricketing nations.

There has been a lot of talk in recent years that certain Test series lack context, and this is true.  But having two divisions in certainly not the answer. The first decision that the ICC need to make is that Zimbabwe will never be a successful Test nation for obvious reasons and reduce the Test playing nations to nine. Bangladesh has proved that they deserve to be a Test playing nation because of their growing improved performances and passion for the game in that country.

The talk of a Test Championship is also unrealistic as Test match cricket is too long and can’t be played in a tournament style manner.  It can only be played in bilateral series.

The only way to secure the future of Test cricket is to identify a limited base of quality and sustainable nations that can play Test cricket. The ICC can use the limited overs formats to grow the game globally and for commercial value.