Too much cricket?  I don’t think so 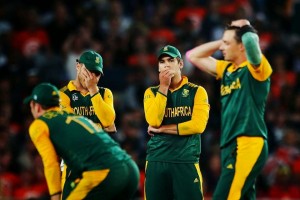 The Proteas have lost their way. Players who are not fully committed to the Proteas’ cause should make way, even if some very tough decisions have to be made.

Two months ago the decline in South African cricket was bemoaned in one of these columns.  The trend continued unabated with a poor performance by the Proteas in the recently completed tri-angular series in the Caribbean against the hosts and Australia.

As per usual in the aftermath of failure, the post-mortems are being conducted.  It would appear that the most common excuse being put forward at the moment is that the Proteas players are playing too much cricket.  I agree, but with one big qualification:  Too much cricket is an explanation, not an excuse.

White ball cricket is certainly asking a lot of your top International players.  Consider the following playing schedule to which the majority of the South African players on duty in the West Indies have been subjected since February, virtually with no break in between series or tournaments:  Home ODI series vs. England in February, home T20I series vs. England in February, home T20I series vs. Australia in March, World T20 in India in March & April, the Indian Premier League (IPL) from 9 April to 29 May and finally the West Indian Tri-nations series in June.  On top of this, many of the Proteas players on duty in the latter series have stayed behind for the Caribbean Premier League (CPL) which ends on 7 August.  That’s a lot of cricket indeed!

But to use “too much cricket” as an excuse I cannot buy.  The players don’t have to play in the IPL or CPL.  Using these tournaments as an excuse necessarily implies there is some imbalance with their international commitments.  If this is true it means the South African stars who command those substantial IPL fees have forgotten that it was their international profile which provided them the platform to enjoy the IPL riches.

To a man the Proteas players continually express their desire to play for South Africa.  Unfortunately that is also where that argument ends and becomes all talk but no action.  If the players cannot constantly maintain the same standards at international level that they expect of themselves while playing the IPL or CPL, they should reassess their priorities and international careers.

The Australians and West Indians also had virtually their entire squads plying their trade in the IPL.  However, they were the better sides in the Caribbean tri-series because individually and collectively they played with more pride of performance than the South Africans.  They found a way to get the job done despite IPL-fatigue.

The Proteas have lost their way.  Players who are not fully committed to the Proteas’ cause should make way, even if some very tough decisions have to be made.  An honest assessment of how they need to go about getting back to the top of the rankings has to be the No.1 priority.  Their rapid slide across all three formats is alarming.  If the situation is not arrested, second tier international cricket is a very real possibility for our immediate cricket future.

South Africa’s cricketers are far superior to what they are currently delivering on the international stage.  It is their priorities that have gone awry.