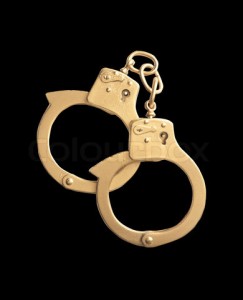 English football star Wayne Rooney will never sign for any other club than Manchester United and here’s why:   In February this year Rooney signed a new four-year deal with Manchester United that remunerates him on three different tiers.  It has been said that the deal has made Rooney “the most innovatively paid player in the world”.

The first tier of the deal is Rooney’s basic salary, reported to be around £300,000 per week.  The second tier is payment for his image rights.  In essence Manchester United will pay Rooney an annual fee to use him as part of a collective of other Manchester United players for promotional activities, either directly for the club or for the club’s manifold sponsors.  This part of his contract, according to reports, basically doubles his weekly income.

The first two tiers of the deal are run-of-the-mill in terms of the basic structure of Premier League contracts.  It is the third tier, however, that breaks new ground but also puts golden handcuffs on Rooney.  Rooney and Manchester United have formed a joint venture allowing the club to sell all his individual sponsorship rights.  The club has one of the best sponsorship sales teams in the world and will commit all their resources for the benefit of Rooney.  Every time the sales team pitches to the likes of Nike, Chevrolet, Epson, DHL or Aon for a team deal, it can dangle a personal endorsement opportunity with Rooney alongside it.  If “media maths” is to be believed, remuneration via this tier could bring Rooney’s total Manchester United earnings close to £1million per week.

And that is why Rooney can never and will never leave Manchester United.  Cannot because the employer has become the employee and vice versa; both parties have sacrificed their independence (or at best, a very significant chunk of it).  Will not because Rooney won’t find another more lucrative deal anywhere else in the world.

In commenting on the deal, Rooney’s agent was quick to point out that he’s still first and foremost a professional footballer playing at the highest level, and that his commercial success is always secondary to his success on the field.  Not quite.  If Rooney loses his place in the starting XI, he will still be the club’s glamour boy and best paid player.  But what will that do for dressing-room morale..?  Will teammates and the manager perceive him as untouchable..?

Any third tier sponsorship option will inevitably involve dovetailing between the club and Rooney. Untangling such a relationship could prove to be an absolute mess should Rooney ever wish to leave the club.  In fact, it could be so messy that untangling it wouldn’t be worth the trouble and it would be easier just to live with the situation.

What about a scenario where a potential sponsor tells the club’s sales team they want Rooney but not the club?  How can the club put itself in a position where it compromises its own commercial value for the sake of an individual player?  The potential hot potatoes between the club and Rooney are legion.

Any professional team and the individual athletes making up that team must have a healthy, mutual respect for each other.  Anything more than that and you start shedding your independence, making it difficult to keep a professional distance.  Manchester United and Wayne Rooney have crossed that line.