Time to broaden the franchise base 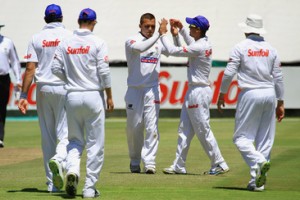 CSA’s transformation policies will be easier to implement and deliver on with a broader domestic base.

There are strong indications that Cricket South Africa (CSA) will broaden the base of domestic cricket by creating two more franchises starting with the 2016/17 season. It looks like Potchefstroom and East London will be awarded the two new franchises.

The awarding of the two new franchises is indeed good news for South African cricket and the players in general. The current system is too narrow to accommodate the amount of quality young cricketers being produced through the youth system and their cricketing aspirations. The country can’t afford to lose players to other cricketing nations as has happened in the past with the likes of Grant Elliott and Kevin Pietersen.

Six professional teams are also not sufficient to produce enough international players for the three formats of international cricket, including the workload of the modern-day international cricketer. Also, CSA’s transformation policies will be easier to implement and deliver on with a broader domestic base and with minimum damage.

Both Potchefstroom and East London are good choices for various reasons. Potchefstroom has developed a strong cricket culture over the last twenty years and has a wonderful facility at Senwes Park with a strong administration. They also have a good cricketing university in Pukke. East London has a very strong cricket culture dating back to the 1820 Settlers and is regarded as the “home of black cricket”. They also have a good facility at Buffalo Park and a strong administration.

The last financial year CSA showed a healthy profit of over R100 million against a forecasted loss of a similar amount. The turn-around in their budget was mainly due to the depreciation in the rand/dollar exchange rate. CSA’s main revenue stream is from off-shore television rights sales paid in dollars. They are a well-run organisation commercially and have built up healthy reserves over the years. It is good to see them reinvesting into the South African domestic game.

The other important decision that CSA have made is to retain the status quo on the quotas for the next three years. This will bring stability, not only to the contracting process and the franchises, but also as a relief for many cricketers. Let’s hope that in the the next three years CSA meets all its transformation goals and evens the playing fields so that the game can be normalised. Cricket in South Africa, like the country, needs to be normalised if it is to continue being a force in a competitive and hostile cricketing world.