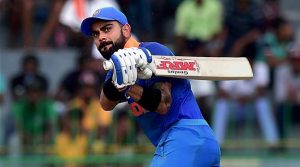 As passionate as we are about the Proteas, the time has arrived for us to recognise a true cricket genius. (Source: PTI)

On a cold Saturday afternoon in August 1983 in a Currie Cup match between Free State and Northern Transvaal at the old Free State Stadium in Bloemfontein, a little-known Free State flanker, Jannie Els, knocked the legendary Springbok flyhalf, Naas Botha, lights out.  Outside Pretoria everybody loved to hate Botha.  So the following Saturday when I went to a Currie Cup match at Newlands (where Botha was also generally detested), some entrepreneur was selling bumper stickers outside the stadium proclaiming “I love Jannie Els”.  The bumper stickers sold like hot cakes.

The moral of the story is that, I believe, South African sport fans have an innate inability to appreciate greatness if it’s not their own, whether internationally or domestically between provincial teams.

So it has showed again in comments in the media and on social networks about the Indian captain, Virat Kohli.  From the day Kohli arrived in our country, the adjectives ascribed to him have mostly been something along the lines of arrogant, haughty, short-tempered and disrespectful.  Kohli might be all of this, but I believe that on the current Indian tour he’s also shown himself to be brilliant, passionate, imaginative and a fighter.  Most of all, he puts his money where his (very big) mouth is.

A quick overview of the facts proves that Kohli is head and shoulders above all other players from India or South Africa:

South Africans are also quick to dismiss Kohli’s antics on the field.  The way he behaved when Proteas captain Faf du Plessis lost his wicket on the first day of the tour in the first Test at Newlands didn’t go down well with South Africans.  Since then everything he’s done and said, on and off the field, has been put under the microscope.  And yet, he’s still to be charged for any (South African perceived) misdemeanours.

I was also one of those who got riled by the mere mention of the name “Virat Kohli”.  But in the last seven weeks I’ve become a Kohli convert.  He is a cricket talisman who makes things happen, whether with bat in hand or ordering his troops around on the field.  It is a joy to watch.

As South African fans are wont to do they can continue to love to hate one who is not their own, but do it in good spirit and with objectivity.  As passionate as we are about the Proteas, the time has arrived for us to recognise a true cricket genius.  Kohli is at the peak of his powers – without doubt the best batsman in the world across all three formats.  We should savour the moment because we might not have the privilege to see his likes for many years to come.