The world’s most marketable athlete 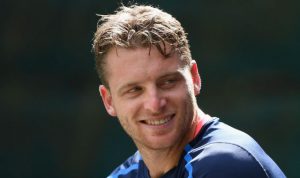 Can Jos Buttler seriously be regarded as the 28th most marketable athlete on the planet?

Ever wondered who the most marketable athlete in the world is?  Well, wonder no more.  According to the authoritative sport business website, SportsPro, France’s soccer World Cup winner, Paul Pogba, is the one.

Since 2010, SportsPro has annually published a list of the 50 most marketable athletes in the world.  Over the past nine years, the names on the list have fluctuated wildly.  The main reason has been the phenomenal growth in social media and how athletes exploit (or fail to exploit) the various platforms.  For example, when the first list was published in 2010, Instagram didn’t even exist!

Athletes from across the world are ranked according to criteria that include among other things age, home and international market appeal, charisma, willingness to be marketed and crossover appeal (in other words their ability to influence markets outside the sphere of their sport).  Crucially, for the first time, SportsPro have also scored athletes on their influence on social media, measuring engagement rates of their posts on four of the main social media platforms: Facebook, Instagram, Twitter and YouTube.

The ranking methodology is undoubtedly an inexact science (SportsPro itself admits as much).  It relies heavily on informed guesswork of its team of experts and an unpredictable array of contributing factors (e.g. how exactly do you rate charisma?).  Nevertheless, the list makes for something interesting reading and food for thought.

In terms of sports, soccer is the main contributor with ten athletes (including three in the top ten: Pogba, Kylian Mbappé (3) and Harry Kane (6)).  Of the other major sports, basketball and tennis have six representatives each, American football four, and cricket, baseball, golf and motor racing three each.

Americans dominate the list with 21 spots, followed by seven Brits, three Brazilians and two each from France, India and Japan.  The number of women on the list is still a long way behind the men – 14 to 36.  The average age of the athletes is 24 years.

Kohli’s inclusion is no surprise, although he did drop seven places from no.5 last year.  Considering the might of the Indian market and meteoric rise of women’s cricket around the world, Mandhana’s inclusion is also no surprise really.  But that Buttler could be regarded as the second-most marketable cricketer on the planet will certainly raise some eyebrows.

Granted, the list is a mixture of ability and marketability.  If it were the former alone, then the likes of Rafael Nadal, Serena Williams, Jordan Spieth and Chris Froome should certainly be on the list too.  But even so, one finds it hard to believe Buttler could be more marketable than his compatriots Joe Root, Ben Stokes and Jimmy Anderson, our own AB de Villiers (even if retired from international cricket), West Indians Chris Gayle and Andre Russell and a host of Indians – Shikhar Dhawan, Rohit Sharma, Hardik Pandya and Ajinkya Rahane (to name but a few).

One final interesting titbit:  Rugby union has only one player on the list – All Blacks wing Rieko Ioane (43).  Does this say something of the commercial potential of rugby union on a global scale..?