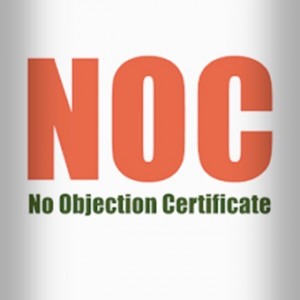 The most important matter in the future of cricket will be a “No Objection Certificate” that allows contracted players to play for foreign teams.

The revolution called T20 cricket has truly professionalised cricket and made it a game from which players can retire having earned substantial amounts of money. Chris Gayle has made in the vicinity of 21 million US dollars from the game. The majority of this wealth would have come from playing T20 tournaments and not from his combined 417 international matches for the West Indies.

The first step cricket took to becoming a professional sport was in 1978 during the so called Kerry Packer Series in Australia. For the first time players were paid far more than they were earning from playing international cricket. However, this financial quantum leap still did not allow players to accumulate real wealth from the game. It ensured that players would be well remunerated playing for their country and not only for the honour.

The second phase of professionalism and by far the most significant was the birth of the Indian Premier League (IPL) in 2008. This tournament not only entrenched the T20 concept but took player payments to a totally new level. Players became instant dollar millionaires playing in this tournament. However, the wealth was mainly restricted to the Indian players and the foreign super stars of world cricket. It did not create an opportunity for the average international and professional player around the world to earn substantial amounts.

Since the IPL began, we have seen the growth of the world T20 game with the emergence of a number of T20 tournaments around the world like the Australian Big Bash, Caribbean Premier League, Pakistan Super League, Bangladesh Premier League, Masters’ Champions League and our own Ram Slam T20. These tournaments, based on the IPL concept of using a plethora of foreign players to ensure a high profile event, have created the opportunity for the rest of the professional players who can’t secure an IPL contract.

If these T20 tournaments are sustainable – and this will become clear over the next 18 months – it will fully ensure the professionalism of the game to the advantage of all the players. This will create a challenge for the international game and might even threaten its very existence. Cricket could become like tennis, where the professional circuit is more important than international tennis.

The cricket administrators are facing a new challenge.  They will need to embrace this new landscape of professional cricket and not resist the realities as we have recently seen. If the international and domestic game is to continue flourishing, international and franchise boards need to be more flexible on respecting the players’ playing and financial aspirations. If the boards can start to understand the professional game and the cricketing business dynamics, they will realize the need to release their players when the opportunities are available.

Failure to do this will see cricketers becoming free agents as opposed to being contracted by their international or franchise boards. This will give them the freedom to play where ever they want to play without getting permission from their boards, like we have seen with the West Indian players and teams. Far more security and better rewards exist in the professional T20 tournaments than in international and domestic professional cricket.

The most important matter in the future of cricket will be a “No Objection Certificate” that allows contracted players to play for foreign teams.