The state of domestic T20 tournaments 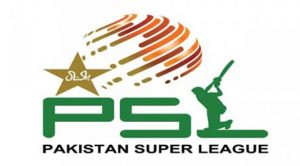 In light of the emergence of the PSL, it is baffling that CSA is unable to raise the profile of its domestic T20 tournament.

The rise of T20 leagues around the world has been a trend in cricket that has continued unabated for the best part of a decade.  This was underlined by news from England in September 2016 when the England & Wales Cricket Board (ECB) announced that counties have given the go-ahead for an   eight-team, city-based tournament.

2016’s showpiece international cricket event was the ICC World T20 in March, staged in India and won (for the second time) by the West Indies who defeated England by four wickets in the final.  Elsewhere in the world, Sunrisers Hyderabad won the Indian Premier League (IPL) for the first time.  Australia’s 2015–16 Big Bash League was won by Sydney Thunder, also for the first time.  Jamaica Tallawahs took the honours (for the second time) in the fourth edition of the Caribbean Premier League (CPL).  In England, Northamptonshire (with South Africans Richard Levi and Rory Kleinveldt in their ranks) prevailed in the NatWest T20 blast on a very exciting finals day at Edgbaston, overcoming their more fancied opponents, Nottinghamshire and Durham, in the process.  Despite security concerns in both instances, the launch of the Pakistan Super League (PSL) in the United Arab Emirates in February was a huge success and the Bangladesh Premier League (BPL), staged in November/December, is growing in stature.  In December, the Titans won South Africa’s T20 version.

In this proliferation of T20 tournaments, the inaugural PSL is an interesting case in point.  Pakistan joined the world T20 circuit in February with a five-team, franchise-based tournament.  Islamabad United won the first tournament, which was played at three venues in the United Arab Emirates (UAE).  The other teams were Karachi Kings, Peshawar Zalmi, Quetta Gladiators and Lahore Qalanders.  A first draft for the 2017 edition was held in October 2016, with a second draft to happen soon.  The tournament will again be staged in the UAE during February.

Having the PSL in another country must have been a huge challenge for the organisers.  How do you get fan engagement and excitement when everything is happening outside your country?  It must also have had an impact on sponsorship sales because the majority of brands would be looking for strong activation and engagement locally.

The revenues received from the sale of the franchises were better than what the organisers expected.  Apparently enquiries are frequently being received about a sixth expansion franchise.  An international broadcasting deal also brought good revenue for the PSL.  Pakistan play all their international matches in the UAE but have been unsuccessful in the past in getting any UAE brands to come on board as sponsors.  The PSL 1 had two Middle East-based brands – Qatar Airways and Du.

The PSL 1 also managed to attract some of the T20 world super stars.  Ravi Bopara (the eventual player of the tournament), Chris Gayle, Dwayne Bravo, Shane Watson and Kevin Pietersen were just some of the big names at the tournament.

In light of the emergence of the PSL, it is still baffling that Cricket South Africa (CSA) is unable to raise the profile of its domestic T20 tournament.  In 2016, not only did the tournament have no sponsor, it only attracted two overseas players.  From a cricketing and commercial point of view, CSA’s T20 version is falling further and further down the international pecking order.