The Springboks and Proteas poles apart in 2019 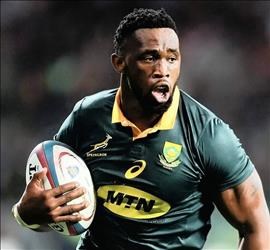 South African rugby is leaving cricket in its wake, again.

Once again we find ourselves in a World Cup year in 2019 with regard to cricket and rugby. The 2019 Cricket World Cup is now history and England are the champions for the next four years. The Rugby World Cup (RWC) starts in Japan later this month and listening to the experts we can expect a closely contested World Cup.

The Springboks are in Japan preparing for the RWC and are rated as one of the strong favourites to win the title. They secured the shortened 2019 Rugby Championship having won it for the first time in ten years. However, their success the last two years against the All Blacks has revived a great historical rivalry and restored the Springboks’ credibility.

The Proteas on the other hand exited the CWC after the sixth match when they could no longer reach the play-off stages. They finished with victories against Sri Lanka and, surprisingly, Australia but it was case of too little too late. They now face the daunting task of playing the three strongest teams in world cricket, India (away), England and Australia. They are a team in crisis with regard to their management and playing personnel.

So what is the difference between the two codes? It is a simple fact that domestic cricket which produces future Proteas international players is too weak. The gap between South Africa’s domestic cricket and international cricket is too big. If this gap is not closed down the Proteas will continue to struggle against the top teams in world cricket. The current domestic system has not been able to replace players like Jacques Kallis and Graeme Smith.

Also, South African cricket does not have access to their Kolpak players who play county cricket because playing cricket for the Proteas will be a breach of the declaration they sign when signing Kolpak.

Rugby has a system where they have no quotas but use their Super Rugby and Currie Cup teams to produce international players and transform the game. They have produced world-class black and coloured players by creating opportunities by maintaining a good standard of rugby. There is no doubt that rugby transformation has been a big success because they have not lowered standards like cricket has.

Also, unlike cricket, they have access to their overseas-based players and this has made a big difference to the Springbok team. The South African Rugby Union has been visionary in this regard in keeping South African rugby world-class.