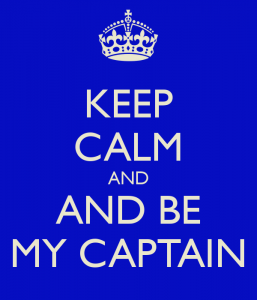 South Africa has been playing Test cricket for a 126 years since the first Test match was played at St Georges Park against England in March 1888. During this period there have been five captains who have made a significant contribution towards the high profile that South African cricket enjoys today.

He also led South Africa to England in 1955 and lost the 5 Test match series 3/2 after narrowly losing the fifth Test. It is still regarded today as one of the fiercest contested Test series ever played in England.

Ali Bacher lead South African cricket both on and off the field as captain and administrator with distinction. Bacher was captain of the best ever South African team and probably the second best Test team in history after the great West Indian team of the 1970’s and 1980’s.

They easily beat Australia in 1969/ 70 by winning all four Tests by big margins. Unfortunately, this great team never played another Test as tours of the United Kingdom and Australia was cancelled for political reasons. World cricket lost out on a great team and what would have been a very special era for international cricket with the great West Indian and Australian teams.

In the modern era there have been two great captains in Hansie Cronje and Graeme Smith.

Cronje led South Africa in an era not only of Test cricket but One Day International cricket that was new to a cricket nation that had been isolated for twenty years due to politics. He enjoyed a very successful tenure as captain in both forms of the game and established the Proteas at the fore front of world cricket. Unfortunately, his legacy has been tarnished by the allegations of match fixing.

Smith is the most successful South African captain and enjoys the highest profile. He captained his country in over a hundred Test matches and in one hundred and fifty ODI’S. His successful tenure as captain included two Test series wins in both Australia and England and leading the Proteas in two Cricket World Cups.

There is one player who played a major part in the development of South Africa as a cricketing world power but never captained the South African team and that is Eddie Barlow. He has been credited with creating a winning culture and self-belief that still exists in South African teams today. He was vice captain to both van der Merwe and Bacher.

n. He has some very big shoes to fill and we at One World of Sport wish him all the best and he has our full support.