The problem with Dale Steyn 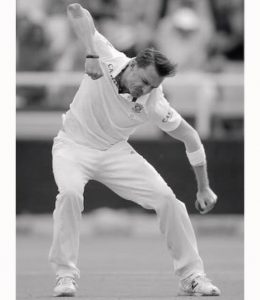 The wait is over. Or is it?

The Proteas bowlers were about the only players who could still hold their heads high after the recent humiliating Test series defeat at the hands of England.  Provided they are fit, there would be no reason to start the two-match Test series against Bangladesh in September/October with any other fast bowling combination than the trio of Morné Morkel, Vernon Philander and Kagiso Rabada.

It was therefore interesting to see Dale Steyn earlier this week dropping a massive hint that he is ready to play again.  Posting a picture of him celebrating a wicket with his trademark fist-pump, Steyn took to Instagram to deliver a simple message: “The wait is over.”

Players of Steyn’s ilk do not need to prove themselves to be considered for selection after recovering from an injury.  If they are passed fit, they pick themselves.  But does this premise hold true for Steyn at the moment?

The 34-year-old has not played any form of cricket since the first Test against Australia in Perth in November 2016 where he broke his shoulder.  The injury has dogged Steyn ever since.  It was a very serious injury and no one would have been surprised if it had prematurely terminated Steyn’s cricket career, especially given his age.  And even if he did recover, would he be able to bowl at the same pace he did in years past?

Unless Steyn plays for SA ‘A’ against India ‘A’ in the second match of their series in Pretoria starting on Saturday, he cannot reasonably be considered for the Bangladesh Test series as there are no further first-class matches in South Africa before then.

The most important concern, however, is what Steyn’s return to the Test team would do for the long-term development of the young, upcoming fast bowlers.  Of this crop, Duanne Olivier appears to be first in line.  If this is so, then Olivier’s struggles on the England tour have made it patently clear he has to play more Test cricket.  Beuran Hendricks and Junior Dala (who shared the new-ball duties for SA ‘A’ in the first match against India ‘A’) as well as Dane Paterson also need to be considered.  Bangladesh will not seriously challenge the Proteas, so if one of Morkel, Philander or Rabada cannot play against Bangladesh, wouldn’t it be wiser to give one of the young guns a chance instead of Steyn?

If Steyn is firing on all cylinders, then the Proteas could probably get two more good years out of him.  As legendary as Steyn is, selecting him ahead of the incumbents or young guns for the Bangladesh Test matches would just be unfair.  Steyn could have an important role to play later in the 2017/18 summer when India and Australia tour South Africa, but not until then.

We all know that there is very little room for sentiment in international sport, but it would be a great story if Steyn can indeed make a comeback.  He needs five more Test scalps to overtake Shaun Pollock as South Africa’s all-time leading wicket-taker in Test cricket.  No one will begrudge Steyn that record.