The Mzansi Super League is unveiled 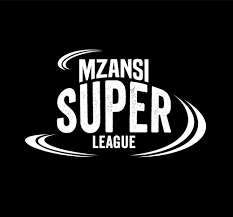 Over the past fortnight, Cricket South Africa (CSA) has moved up a gear or two in bringing their new international T20 tournament closer to reality.

Firstly, in keeping with their promise that the new tournament will have “a name that uniquely represents the nation”, CSA on 15 October announced the tournament would be called the Mzansi Super League (MSL).  Mzansi is an informal, Xhosa name for South Africa, literally meaning south.

It is the right thing to give the tournament a unique African identity.  However, one struggles to see how it will grow internationally as a brand with a name that the majority of the cricket world will find strange.  Wouldn’t the tournament have had a more international ring to it if it were called the Africa T20 Cup..?  The name Mzansi could then replace the current Africa T20 Cup.

Also on 15 October CSA announced the names of the six teams:  Tshwane Spartans, Jozi Stars, Durban Heat, Nelson Mandela Bay Giants, Cape Town Blitz and Paarl Rocks.  All brand new entities.  It will be interesting to see if, and how, these teams manage to establish their respective brand names.

One of the highlights of the MSL was the inaugural draft on 17 October in Johannesburg.  The draft was preceded by the announcement of the marquee players for each team.  The South African marquee players are Faf du Plessis (Paarl Rocks), AB de Villiers (Tshwane Spartans), Hashim Amla (Durban Heat), Quinton de Kock (Cape Town Blitz), Kagiso Rabada (Jozi Stars) and Imran Tahir (NMB Giants).  The selection of the marquee players is six of the one and half a dozen of the other, but it is interesting nonetheless that Chris Morris, definitely one of South Africa’s three best players in the Indian Premier League (IPL) over the last couple of years, was not nominated as one of them.

The six overseas marquee players are Eoin Morgan (Tshwane Spartans), Jason Roy (NMB Giants), Dawid Malan (Cape Town Blitz), Chris Gayle (Jozi Stars), Dwayne Bravo (Paarl Rocks) and Rashid Khan (Durban Heat).  One cannot fault these selections, except Malan.  Granted it might have been difficult to find six high profile international players on short notice, but with all due respect Malan as a T20 player is not in the same class as the other five.

A clear pattern emerged from the draft picks:  1) The teams clearly went for the tried and trusted players – there were few surprises.  2) if you do not play regular T20 cricket at franchise level, even if you are franchise contracted, you stand little chance of being picked.  3) Top performances in the Africa T20 Cup by the provincially contracted players do not count for much.

The start date of the MSL has been pushed out to 16 November.  The duration of the tournament will now be exactly one month.  On the face of it, it strikes the right balance between being compact (and not drawn out like the IPL) and not over-exerting the players.  It is the right length of time to keep the fans interested.

The MSL kicks off with a traditional north-south clash between the Cape Town Blitz and Tshwane Spartans at Newlands.