The IPL as a barometer for South African cricket 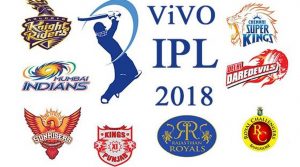 Have South African players recently been getting the short end of the stick at the IPL?

The 2018 Indian Premier League (IPL) auction, the eleventh of its kind, happened in Bangalore, India this past weekend with all the usual razzmatazz and hype one would expect of one of the world’s top sports leagues.

In analysing the 2018 IPL auction, one of the most common comments was that it is not a rational process.  Cricket legends Sunil Gavaskar and Sourav Ganguly were just two of many who shared this viewpoint.  If this is so, could it then be said that there is a bias towards certain players around the auction tables?  More specifically, have South African players over recent years been getting the short end of the stick at the IPL?

The fact is that the South African presence in the IPL has definitely diminished from around the same time as the decline of the Champions’ League T20.  The halcyon years were from 2009 to 2012 when South Africa had respectively 20, 19, 23 and again 23 players in the IPL.  In 2013 the number dropped to 16, partly because the number of overseas players per IPL squad was reduced from eleven to eight.  This quota was maintained from 2014 to 2016 at 15, 16 and again 16 players respectively.  However, in 2017 the number dropped sharply to 10 and the 2018 IPL will once again only see 10 South Africans.

Comparing the South African numbers to Australia, South Africa’s decreasing importance is even starker.  Over the course of eleven IPL’s (including 2018), 49 South Africans got IPL contracts compared to 85 Australians – a 73% better record!  In 2018 alone there will be almost double the number of Aussies than South Africans – 19 vs 10.  Even the New Zealanders are catching up; there will be seven Kiwis at the 2018 IPL.

On the coaching front too, South Africa’s position is waning.  Jacques Kallis at the Kolkata Knight Riders is the only South African coach, while there are five Australasian coaches:  Ricky Ponting, Tom Moody, Brad Hodge, Stephen Fleming and Daniel Vittori.

If the IPL is therefore any yardstick, there can be no doubt that in the eyes of the international cricketing fraternity the status of South African cricket in general and esteem for its players in particular have dropped considerably.  Raising the standard of domestic cricket in South Africa is the only way this decline can be arrested.  The current dispensation around team selections in domestic cricket is the main reason for the decline.  It needs to change otherwise it will continue to hurt cricket and cricketers in this country.