The Indian tour has destroyed the Proteas batsmen 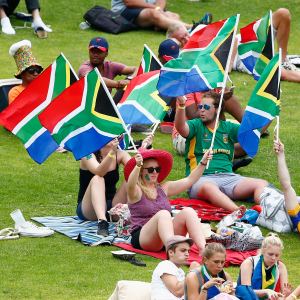 The franchise system that produces Proteas players is on the verge of collapse. The cricket public must have patience with the Proteas and CSA needs to resolve the quality of the franchise game. Wanderers@Gallo Images

The Proteas have now gone nine Tests without a victory and have been dethroned as the number one Test team in world cricket. The Proteas are a team in transition but the recent results do not reflect the ability of this current team. The losses in the Test series against India and England have been too easy.

The Proteas are playing like a team with no confidence, especially the batsmen. The Indian Tests were played on big-spinning wickets and has destroyed the confidence of the batsmen. Even world-class players like Hashim Amla and AB de Villiers have struggled to find form. The sub-standard quality of the Indian wickets destroyed what should have been an absorbing Test series.

The Indian wickets were probably the worst Test wickets in modern day international cricket history. It is obvious that once South Africa had won the ODI and T20 Series the wickets were manipulated to ensure that India were not embarrassed by losing the Test series as well. The International Cricket Council (ICC) should have intervened but then again one must remember that it is India. The ICC has proved that they are dysfunctional when it comes to India.

The batting problems of the Indian tour have spilled over into the Test series against England. Except for the Newlands Test, which was played on a very flat pitch in oppressive heat, the batting has struggled. It all came to a head at the Wanderers last Saturday afternoon when the Proteas were dismissed for 83.

The problems facing South African cricket is that only De Villiers and Amla can be considered world-class players. The rest are good players but there is a question mark if any of them will become the next generation of true world-class batsmen.

The franchise system that produces Proteas players is at an all-time low in the history of the first-class game in this country. In fact, it is on the verge of collapse and if Cricket South Africa (CSA) does not take the poor standard of domestic cricket seriously, it could damage the game permanently in this country.

The bowling has also haemorrhaged because of the poor batting performances and as a result inadequate totals to bowl at. Twenty wickets win a Test match, but the pressure comes from the runs on the scoreboard. This has not happened in both series. There have been injury problems with two world- class bowlers in Dale Steyn and Vernon Philander. But the stand-in bowlers have performed well, especially Kagiso Rabada who looks a real talent for the future.

The cricket public need to have some patience with the Proteas and CSA needs to resolve the quality of the franchise game for the Proteas to remain competitive in the years to come. Sport is a cyclic business and that is what makes it so special.