The future of the overseas player in English club cricket 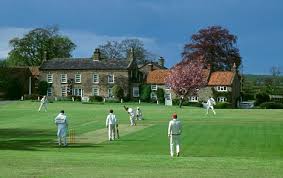 The future of the overseas player in English club cricket is uncertain.

The overseas player has been as much part of club cricket in England (as well as other parts of the United Kingdom) as afternoon tea and sheep grazing on the outfield.

Estimates vary of exactly how many overseas players, mainly from Australia, South Africa, New Zealand, India and Pakistan, converge on English shores from the start of April every year.  In the period more or less before 1975, it was only the really wealthy clubs, mostly in Lancashire and around London, which could afford the luxury of an overseas player.  The main growth spurt of the overseas player happened over the past 40 years.  In 2006 this number was said to be between 12,000 to 14,000 players; a decade later it had almost doubled to between 20,000 to 24,000 players.

In the mid-1990’s the England & Wales Cricket Board (ECB) overhauled the English club cricket system and the Premier Leagues were born.  Today there are almost 50 of these leagues scattered around the UK, representing about 700 clubs and many more aspiring to become a Premier League club.  From a South African perspective, the establishment of the Premier Leagues meant that players were subsequently divided into two broad categories.

The first category is that of the true oversea professional player.  The criteria are five first-class games over a period of 24 months immediately before the player enters the UK, a Level 2 coaching certificate from Cricket South Africa and a clean criminal record.  The clubs that contract these players are all authorised by the ECB to do so (they have a so-called sponsor’s licence) and the players enter the UK on a Tier 5 visa.

The second category is in essence made up of players who do not qualify for the first, mainly because they fall short of the five first-class games requirement.  They enter the UK on a Tier 2 visa.  The clubs give these players a bit of pocket money to get by during their time in England, and in return the players do some youth coaching, add a bit of quality to the first team and generally expand the cultural awareness of the club’s members in the bar afterwards.

At the end of 2016, the UK Home Office (the equivalent of South Africa’s Home Affairs) introduced stringent new visa requirements which basically eliminated the above-mentioned second category of overseas player.  It caused an outcry in the UK for a whole host of reasons, ranging from being ridiculously strict to putting player placement agencies out of business.

The fact is, however, that nowhere in the world does cricket exist in a vacuum.  The sport has, is and will always be practiced within a country’s historical context.  With Brexit, and the political turmoil that preceded it, the UK has gone through tumultuous times.  They make the rules as to who can enter their country and their sovereignty has to be respected.

Furthermore, considering the calibre of player (from South Africa anyway) that used to go over on a Tier 2 visa, one fails to see how these players could have uplifted the standard of club cricket in England.  Some of them couldn’t even make the first teams of their South African clubs!

While some might cry foul, the new dispensation is simpler, neater and clearer.  Unless you can somehow circumvent the system, the advice to South African players is to stick to the established criteria:  Five first-class games, a Level 2 coaching certificate and a police clearance certificate.