The boys are OK. The coaches, mmm… 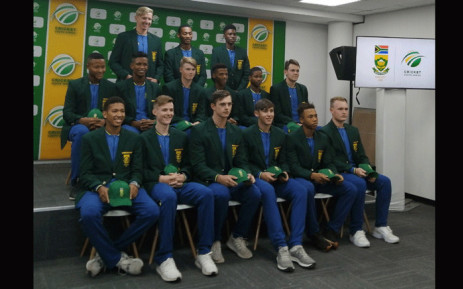 Since the heady heights of the 2014 U.19 World Cup triumph, South Africa has fared badly at the bi-annual event.

In the aftermath of their disappointing 2020 campaign (where they finished eighth), a lot of criticism has been levelled at the team.  A number of maladies have been put forward for this:  Bad selections, poor management, players simply not being good enough, poor decision-making in crucial situations.  The list goes on.

The selection policies are what they are and have been for a long time.  I also don’t believe that the players were that bad.  Players like Luke Beaufort, Tiaan van Vuuren, Jono Bird, Gerald Coetzee and Bryce Parsons are very good.  The respected former international players Ian Bishop and Tom Moody even said that Coetzee was one of the future stars of the game.  These five players may or may not become international stars, but I confidently predict they will at least become household names in first-class cricket in South Africa.

The problem lies with the management of the team.

I first became aware of mismanagement at U.19 level a few years ago when South Africa played a Youth International match in Stellenbosch.  I was due to meet one of the players at their hotel after the day’s play.  They were still busy with a team meeting when I arrived.  Suddenly the door to their meeting room was flung open and one of the boys stormed out crying.  The team lost that day and he apparently had a particularly bad game.  The coach made him stand on a table and gave him a harsh scolding in front of all his teammates.  No wonder the player is now playing county cricket as a Kolpak.

I’ve heard from two independent sources that in the ten weeks from December until the end of the World Cup some of the boys had spent a total of four nights at home!  I’m not suggesting the players should be molly-coddled, but the Proteas aren’t even away from home that long.

At the Cubs Week in Stellenbosch last month, I heard a manager shouting instructions to his players from the side of the field for all and sundry to hear.  I walked away from being in his proximity to the opposite side of the field.  I could still hear him shouting from 100 metres away like a Hout Bay fishmonger.

The U.19’s can’t have people like this in charge of their management.  You need a special person to do this job.  Someone who’s hard on them, but understands that they are still teenagers living with their parents.  Tough love.

Apparently the Indian U.19 team had Rahul Dravid touring with them.  If ever there was a calm cricketer at the highest level, it was Dravid.  Having him around, is it any wonder then that India has played in all of the last three U.19 World Cup finals?

South Africa produces more than enough quality young cricketers.  They are being let down by Cricket South Africa and the franchises not putting suitable personnel in place to manage them.