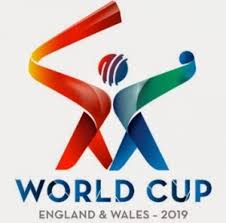 The International Cricket Council (ICC) this week confirmed the schedule of the 2019 Cricket World Cup (CWC), which will be staged in England and Wales from 30 May to 14 July.

The 2019 CWC will be a replica of the 1992 edition in Australia, South Africa’s first ever CWC. It means that after dabbling with various tournament formats over six CWC’s from 1996 to 2015, the CWC will once again be a pure strength vs. strength competition.  The way it should be.

The strength vs. strength concept was achieved in two ways. Firstly, in 2015, the ICC announced that only ten teams would qualify for the next CWC. They incurred the wrath of associate nations like Ireland (before it became a full member) and the Netherlands, but it was the right decision. No associate country had made any impact of any kind at the preceding six CWC’s. Their presence lowered the standard of the CWC and failed to raise the standard of cricket in their own countries.

South Africa has been handed the privilege of opening the tournament against hosts, England, at The Oval on 30 May. A further ten venues (Lord’s, Edgbaston, Trent Bridge, Headingley, Old Trafford, Taunton, Bristol, Chester-le-Street, Southampton and Cardiff) will play host to cricket’s showpiece event. The ICC has insured the knockout matches by having reserve days for the three games. Old Trafford will host the first semi-final (No. 1 v No. 4 from the league phase) on 9 July, with the action shifting to Edgbaston two days later for the second semi-final. Lord’s will host its fifth CWC final on 14 July.

The tournament will have significantly less day-night contests than recent CWC’s. Defending champions Australia will play qualifiers Afghanistan in Bristol on 2 June in the first match under lights, followed by six others. In all, the tournament comprises 48 matches to be played across 46 days.

Along with hosts England, seven other countries – Australia, Bangladesh, India, New Zealand, Pakistan, South Africa and Sri Lanka – secured a direct entry to the CWC by being the eight top-ranked ODI teams in September 2016. In March this year, Afghanistan and West Indies booked the final two slots after finishing as the top two teams in the CWC Qualifier tournament in Zimbabwe.

An interesting feature of the fixtures is that by the time India play their first match – against South Africa on 5 June in Southampton – some of the other teams will already have played two matches. This is the result of a request from the Board of Control for Cricket in India (BCCI), who wanted India’s first match to be fifteen days after the completion of the Indian Premier League (IPL). Next year’s IPL is scheduled to take place from 29 March to 19 May. The ICC accepted the BCCI’s request and pushed back the date of their first match.  It sets a potentially dangerous precedent, however, when a domestic tournament can dictate to the ICC how to schedule its premier event.

In the months leading up to this week’s announcement, there had been speculation that London’s Olympic Stadium could be used as a CWC venue. The stadium has a capacity of 60 000 – more than double that of Lord’s and nearly three times that of The Oval. But the ground, now home to Premier League football club West Ham, has been ignored because the cost of converting it for cricket – a sport it has yet to stage – was too excessive according to the organisers. This is a pity.

The former South African fast bowler, Steve Elworthy, is the managing director of the 2019 CWC. At the announcement of the schedule, Elworthy said: “The CWC is the third most watched global event and has huge interest and appeal amongst cricket fans. Our ambition is to grow the game and deliver the greatest ever cricket celebration.” With the tournament in this format, the ICC has given itself the best chance of fulfilling that ambition.