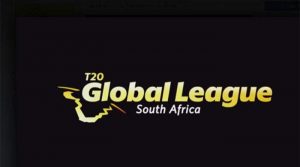 The draft for the inaugural T20GL was an event of the highest quality.

The draft for the inaugural T20 Global League (T20GL) took place in Cape Town last Sunday.  It was an event of the highest quality in all aspects and the hosts, Cricket South Africa (CSA), must be commended for it.

The eight teams’ two marquee players (one international and one South African) were announced at earlier events.  The aim of the draft was for each team to pick sixteen players to make up the rest of their squads.  From a pure cricketing point of view, this was the first really serious business for the teams and the T20GL in general.

Overall, the seriousness of the event was very well counter-balanced with light-hearted moments and short interviews.  In this regard the masters of ceremonies, Dan Nicholl and Crystal Arnold, have to be congratulated.  The draft could easily have become robotic and strictly business (much like the draft for the Caribbean Premier League), but Nicholl and Arnold made sure that it was far from it.  The short, one-line comments they extracted from whoever announced a player pick on behalf of the team were particularly effective and insightful.  It ensured that the sober business of picking players alternated with more relaxed moments and kept the audience interested.

A noticeable feature of the draft was the active participation of the foreign team-owners who were present.  They seemed to get into the spirit of the event, particularly on the occasions where they announced the player that was picked.  Their buy-in into the ethos of the T20GL will be crucial for its sustainability.  From the outside, it certainly looks like they are firmly on board.

Also noticeable was the swiftness with which teams made their picks.  In rounds one to eight teams were allowed three minutes per pick, and two minutes in rounds nine to sixteen.  At a guess, at least 80% of all picks were made within a minute.  Only once (as far as I can recall) did the time for a pick enter the final 30 seconds.  It shows the teams did their homework well and knew which players they wanted to pick, even in those instances where their first pick might have been taken.

The picks delivered some interesting choices.  Firstly, the players who were not picked.  Who would’ve guessed before the draft that the likes of Richard Levi, Shahid Afridi, Marchant de Lange and Hardus Viljoen would not be picked?  Even regular star performers in our domestic T20 competitions, like Aubrey Swanepoel and Ruben Claassen, can count themselves unlucky.

Secondly, the rounds where the players were picked.  Should one read into this that a player picked in one of the earlier rounds is regarded as better than one picked later..?  If so, it is interesting that someone like left-arm spin bowler Bjorn Fortuin, who has no international record, was picked ahead of the Proteas’ current left-arm spinner Keshav Maharaj.  Another example is opening batsman Rassie van der Dussen, who has not played for the Proteas yet, picked ahead of two players who opened the batting for the Proteas recently in T20I’s, Reeza Hendricks and Theunis de Bruyn.

No doubt all the teams had a good idea who they wanted to pick, but on the face of it some definitely look better balanced than others.  My prediction is that the two finalists will come from the following four teams:  Bloem City Blazers, Durban Qalanders, Jo’burg Giants or Pretoria Mavericks.

The T20GL kicks off with a traditional north-south clash on 3 November when the Cape Town Knight Riders take on the Pretoria Mavericks at Newlands.  The final is on 16 December at the Wanderers.