Springboks on top of the world for a third time 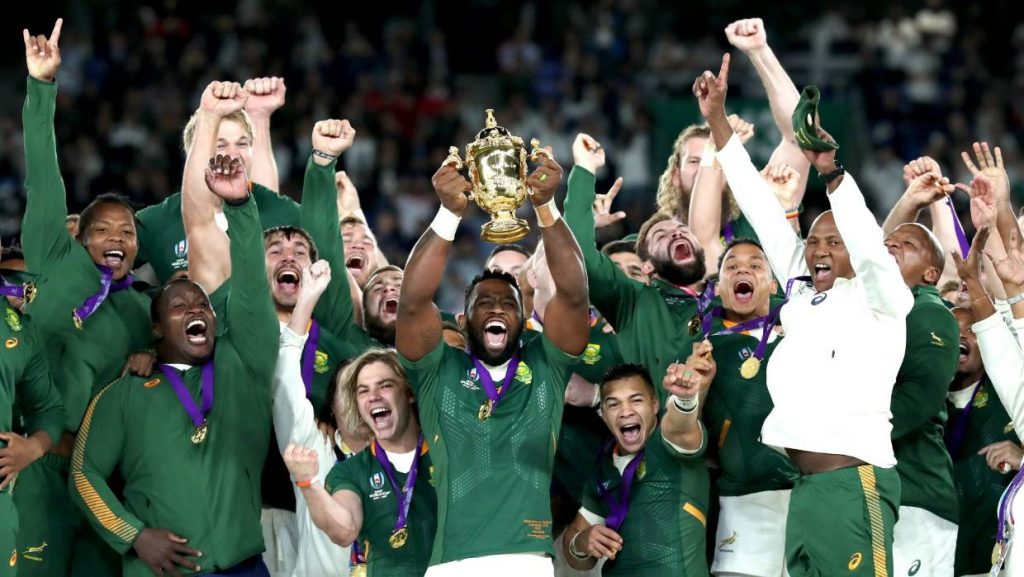 Rugby has set an example for the rest of the sporting codes in South Africa.  (Getty Images)

The Springboks won the 2019 Rugby World Cup (RWC) in Japan and have now equalled the All Blacks record of having won the RWC three times. However, what makes the Springbok victory more special is that they have played in two less RWCs than the All Blacks, having missed the first two tournaments in 1987 and 1991. Two years ago nobody would have given the Springboks any chance of winning the 2019 RWC.

The country united behind the Springboks like never before and testimony to this was the emotional support along the streets in all the centres for the bus top tour. It certainly showed that South Africans are desperate for success and international recognition. What is does for a nation that is living through a difficult period only time will tell. Once the euphoria of winning the RWC is over reality will once again set in for all South Africans.

The Springboks’ success has shown that if a sport is prepared to adopt the right policies and appoint the right persons in key positions the country has the talent to be a force at international level. This victory does not mean that the many challenges South African rugby faces, like the continuous player drain at both senior and now junior levels and the commercial challenges, will change. In fact, they will probably intensify and rugby will have to keep embracing change.

The two other big team sports in South Africa can learn many lessons from rugby’s continued success at international level.

Cricket especially needs to do serious introspection of the way it runs the game in this country. Cricket used to be considered the most forward thinking of the big three but has lost its way both internationally and in the country. The Proteas are no longer considered good enough to win a Cricket World Cup and the support for the game has waned to worrying proportions. There is no doubt that the game is on the brink and faces an uncertain future.

Football is also an underperforming sport if one has a look at the passion for the game in the country and the financial support it enjoys from corporates. To expect Bafana Bafana to win a world cup is probably unfair because of the number of countries playing international football and the complex road to the World Cup. However, they should be doing much better in the African continent competitions.

Rugby has certainly set an example for the rest of the sporting codes. Let’s hope that they aspire to this standard, and that includes our government.