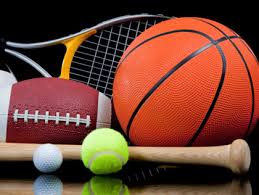 Sports goods are not cheap but it wouldn’t appear to put off consumers.

Many of the world’s leading sports brands recently announced their annual results for the financial year ending June 2014.

In a world that is still slowly recovering from the 2008/9 recession, it is remarkable to see how many of the well-known sports brands increased their revenue and sales (although not always profits) over the period July 2013 to June 2014.  Sports goods are not cheap but it wouldn’t appear to put off consumers.

It could of course be argued that a lot of the growth in global revenue and sales is driven by marketing campaigns around major sport events, and to a degree that is true.  The FIFA World Cup in Brazil earlier this year, as well as the cricket and rugby World Cups looming in 2015, necessitate mega-promotions around the world.

Nevertheless, the results are generally speaking not what one would have expected.

Here are some of the notable achievements:

• Despite a profit warning from the Adidas group last month following the drop in golf sales in North America, the German giants still increased revenues and sales by 10% in all their operating regions across the world.  In Europe alone it increased revenue by 14% despite fears of political instability in Russia, one of the company’s biggest markets.  However, the most remarkable thing about these results is that it was achieved despite an income decline of 18% from its golf subsidiary, Taylor-Made.  (The golf market, incidentally, is weakening around the world because of declining recreational sport participation.  Experts believe that cycling has done the damage.)

• Reebok increased sales by 9% as a result of the growth in the fitness training market.

• The Chinese-based Mizuno company increased their footwear sales by 8,6% and their apparel sales by 0,3%.  However, the company’s operating profits were down a whopping 20,1% because of “increased marketing expenses”.  One wonders what the losses would’ve been if it weren’t for the good sales results..?

• Swiss-based Black Diamond, the world’s leading manufacturer of climbing, skiing and hiking equipment, grew their sales (predominantly as one would expect in Europe and North America) by 18%.

• The Pentland Group, owners of the Canterbury, Speedo, Mitre, Lacoste and Ellesse brands, grew their overall sales revenue by 10%.  Speedo was the main contributor to this growth, with some of its ranges growing by as much as 39%.  The group expects the sales momentum to be maintained over the next two financial years through Canterbury’s major involvement in the 2015 Rugby World Cup.

• Wolverine World Wide is based in America and owns the well-known running brand Saucony.  Overall the group’s sales revenue grew by 4,4%, mainly on the back of what it called “double digit income gains” in, among other places, Africa.