Sport and Politics in South Africa: Then and Now 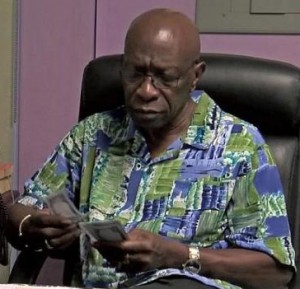 On 27 May the soccer world was rocked by the corruption allegations and subsequent arrests of top FIFA officials following a major international investigation.  An FBI indictment inter alia alleged corruption in the selection of South Africa as the 2010 World Cup host.  One of those indicted, former FIFA Vice-President Jack Warner of the Caribbean island nation of Trinidad & Tobago, allegedly solicited US$10 million in bribes from the South African government to host the 2010 World Cup.  According to the indictment, Warner directed a number of co-conspirators to arrange the payment, which was eventually sent from a FIFA account in Switzerland to a Bank of America account in New York that Warner controlled.

Hopefully the truth will one day prevail.  But let us for the moment accept South Africa’s (used here collectively for the government and SAFA) version and consider what it has actually done here:  South Africa instructed FIFA to pay US$10 million for soccer development in the Caribbean, money which South Africa was legitimately entitled to for hosting the World Cup and over which no one would have raised an eyebrow were it paid to South Africa.  Why, then, has no one from South Africa ever bothered to check what has happened to “our money”?

Just think how many houses can be built from US$10 million?  How many teachers and nurses paid?  How many hungry children fed?  How many policemen trained?  Just think what Eskom can do with US$10 million?!  It is a decision that has had a direct impact on you, me and every other taxpayer in this country.

At best the payment is some misguided attempt by South Africa to support the “African diaspora”.  At worst, South Africa is guilty of tacit complicity in Warner’s alleged corruption.  But whichever way one looks at it, the payment is an insult and epic disservice to every law-abiding citizen of this country.

Almost 47 years ago, on 17 September 1968 in Bloemfontein, South Africa’s Prime Minister, John Vorster, was about to address National Party delegates when he heard the news that Basil D’Oliveira was selected for the England team to tour South Africa later that year.  A Cape Coloured of Indian and Portuguese ancestry, D’Oliveira left South Africa because the apartheid legislation seriously restricted his career prospects on racial grounds and barred him from the all-white national team.  He qualified to play for England in 1966.

Vorster promptly told the gathering that South Africa will not accept the English team if D’Oliveira was a member and declared that he “had taken a decision for South Africa”.  A week later the tour was formally cancelled.  Clearly it was a decision not “for South Africa” but to serve the white minority and its misguided racial policies.

How ironic that after fighting the apartheid government for so long, the current government should also lose its moral compass and in a sporting context also make a decision that is clearly not in the best interest of South Africa.  The more things change, the more they stay the same…