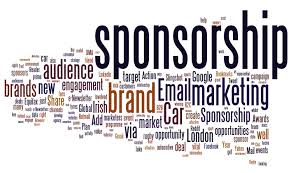 CSA and the franchises need to make some serious introspection as to why cricket in South Africa isn’t attractive anymore to big businesses.

Sponsorship income is a very important revenue stream in professional sport. Many industry experts believe that in 2016 it will grow to be even more important than before.

According to recent media reports, courier company Ram is reconsidering the continuation of its sponsorship of South Africa’s premier T20 competition in the wake of the match-fixing scandal that has rocked South African cricket.

More recently, Cricket South Africa (CSA) refused to sign no objection certificates for three Cape Cobras players who wanted to play in the newly established Masters’ Champions League (MCL) in Dubai. Participation in the MCL meant they would miss some games in South Africa’s premier 50-over competition, the Momentum Cup.  One of the reasons proffered by CSA for its refusal was that the trio’s absence would lower the standard of the Momentum Cup.  That is, with all due respect, a far-fetched argument.  A drowning man will clutch at straws and one can only assume that CSA feels under pressure that Momentum might also pull the plug on its sponsorship.

CSA and the franchises need to make some serious introspection as to why the game in South Africa isn’t attractive anymore to big businesses.

One of the reasons is certainly the rapidly dwindling spectator numbers at cricket matches, for international as well as franchise cricket. Crowd statistics for the 2015 Ram Slam T20 have not been published but they will be poor in comparison with Australia’s equivalent, the Big Bash T20.  Of course Australia’s stadiums are much bigger but in terms of percentage capacity, the South African attendances will definitely be lower.  In fact, the 2015/16 Big Bash attracted more spectators than the 2015 World Cup in February / March, and with three fewer games!

The “selfish television viewer” is one of the anomalies of professional sport: He wants other people to attend the event live at the stadium so that he can have a better viewing experience from his couch.  Consequently the viewer’s viewing experience will be diminished by a sparsely populated stadium.

Empty stadiums in South Africa therefore hit cricket sponsors with a double whammy: In-stadium the product is a damp squib because there’s no atmosphere and on television the product is equally lame.  It becomes a vanilla experience for the spectator and viewer alike and, either way, not good exposure for the sponsor.

CSA has no control over things like match-fixing or other tournaments in the world. But it is within its powers to control something like making it more attractive for fans to come to cricket stadiums.  It will certainly help stop the sponsorship drain.