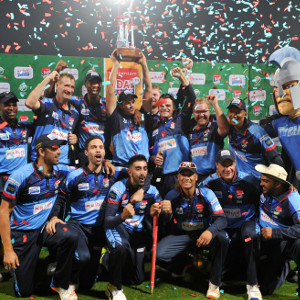 Domestic cricket in South Africa is in decline with regard to its standard and profile. ©Muzi Ntombela/BackpagePix

Domestic cricket in South Africa is in decline with regard to its standard and profile. There are certain cricket critics who believe that it is actually in free fall. This is a dangerous situation to be in as the domestic game develops future players for the national team.

The smaller the gap between international and domestic cricket in a country, the easier it is for future players being able to adapt to international cricket. This ensures that the generation change of personnel does not have a negative effect on the national team’s performances and they remain fairly constant. In other words, there are no peaks and troughs for the national team’s performances as time goes on.

Going back to the 1970’s, 1980’s and 1990’s South Africa had probably the best standard of domestic cricket in the world. There were reasons for this:  It was mainly an amateur game and also South Africa was banned from playing international cricket for two decades, therefore international commitments did not affect the quality of the domestic competitions.

However, it is a fact that during these years South Africa produced many world-class players and some even represented England and Australia with distinction. There is no doubt that the current system is not producing the same quality of cricketers in numbers as in the past. South Africa’s domestic cricket standard has dropped behind Australia, England, India and maybe New Zealand, and is now comparable with Pakistan and the West Indies.

Also, the profile of domestic cricket has reached an all-time low and has no following or interest in the country. This has happened with domestic cricket worldwide but not to the extent of South Africa. This decay has also spread to the international game with the exception of Cape Town, Johannesburg and Pretoria; the other venues are struggling to market the Proteas.

Currently the Proteas are riding the crest of the wave and Cricket South Africa is the richest sports body in the country. However, there are some red lights flickering that need to be taken seriously if the game is to be sustainable and grow in a competitive global sporting environment.

The standard of the domestic game is certainly one of them.