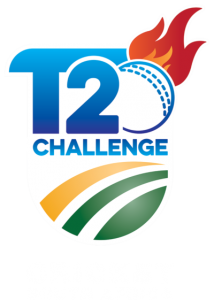 The T20 game in South Africa is in free-fall at present.

T20 cricket in South Africa has sadly followed the same route as the other Cricket South Africa (CSA) domestic competitions. The T20 Challenge, as it is currently known, has no public profile or interest when one looks at the attendances at the stadiums. Last year the Ram Slam T20 drew only 57,000 spectators compared to 235,000 ten years ago. This year will in all probability show a further decline on the poor attendance of 2015.

It would be interesting to see what the television viewership is, but one would be surprised if it were any better. The stadium attendances normally give an indication of the interest in a competition and these are desperate. It is not surprising that the competition has been unable to attract a sponsor.

The only team that looks like a professional T20 unit is the Titans, who are top of the log. Even the Warriors, who have surprisingly enjoyed a good campaign, rely on three players, Jon Jon Smuts, Colin Ackermann and Colin Ingram. The rest of the teams are exceptionally poor, especially the Knights. It is not surprising that cricket fans are not interested in supporting this sub-standard competition.  It is no different to its elder brother, the Momentum Cup, which died years ago.

Cricket and professional sport is living in difficult times because of the overkill of the sport product – supply and demand have gone haywire. However, a better effort must be made by CSA to deliver a better cricket product than the current T20 Challenge. To start with, there are only two overseas professionals in Kieran Pollard for the Cobras and Kevin Pietersen, who is playing a handful of matches for the Dolphins. It is a given that overseas players are the catalysts to ensuring successful T20 tournaments with the local international players, but the Proteas have hardly made an appearance since their Australian tour. The cricket fans want to watch high profile foreign players and their Protea heroes.

CSA are looking to launch a privatised global T20 city-based tournament in 2017 with eight franchises. If they are going to transform the T20 concept in South Africa they need to do a lot of thinking with regard to their strategies of ownership, scheduling, foreign players, Proteas availability, broadcast partners, and sponsors. The real question is can South Africa sustain eight franchises when six are already dysfunctional.

The T20 game in South Africa has not only gone south but it is in free-fall at present. It will take a super human effort to restore the profile, public confidence and credibility of the South African T20 game.