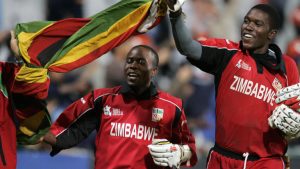 The T20 Global League must be a tournament for the  whole African continent.

If Cricket South Africa (CSA) is to be successful in reviving the aborted T20 Global League (T20GL), they will need to put on their thinking caps and create a tournament with its own identity and feeling. They tried to copy the Indian Premier League (IPL) model and failed badly.

CSA need to make it a continent tournament to ensure that SuperSport buys into it as the broadcast partner. Without a broadcaster paying the bills, any tournament will be stillborn like we have seen with the now defunct T20GL. SuperSport is the only broadcaster with the financial muscle to ensure that such a tournament is successful. Looking towards India is not an option as Indian players are only allowed to participate in the IPL and no other domestic T20 league.

The name of the tournament should be the Africa Cup T20 to create its own identity and align it with the African continent. There should be an accommodation of Zimbabwean, Namibian and Kenyan players in the league by means of a quota.  This would mean that the whole continent would have an interest in the tournament and this should be attractive to SuperSport.

The quality of the overseas players must also be monitored and only real quality should be allowed to enter the draft. This is a difficult matter because of international cricket taking place and also the clash with the Bangladesh Premier League at that time of the year. However, average foreign players will not add value to the tournament and will be a costly factor with no return.

The T20GL was going to consist of eight teams; by South African standards this was far too many both in cricketing and financial terms. The current Ram Slam T20 showed the value of only six teams as all six still had a chance to qualify for the playoffs during the last round of matches. From both a public and broadcaster point of view, this meant that all matches had context until the end of the league stage. Also, matches that have no context are fertile ground for match-fixing – the scourge of cricket.

CSA also need to move the tournament to a December/January window to maximise crowd attendances and television viewership during the holiday season. Historically this has always been the best period for domestic cricket. As we have seen in Australia, international and T20 cricket can co-exist.

Another important reason for rescheduling the tournament to December is because of the weather. November is normally a very wet month in South Africa. This year no less than 16 of the 30 league matches were abandoned as “No Result”, as well as one of the    semi-finals. The rainfall in November was not exceptional but normal and CSA need to take notice of the situation.

It is important that CSA learn from their expensive mistakes in the aborted T20GL and develop an exciting and sustainable African T20 product.