South African rugby has no context 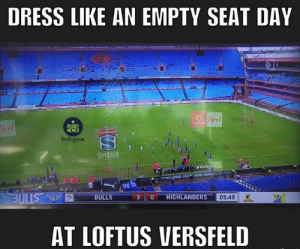 The first big rugby match I attended was as a thirteen year old in 1968 when Tom Kiernan’s British Lions played Griquas in Kimberley. From that moment, I was hooked on the game of rugby and became addicted to it when Griquas won the Currie Cup in 1970. I have followed South African rugby for nearly fifty years and watched over fifty Test matches live during this period. Today, I have lost my appetite and passion for rugby as a whole, also my patriotism for the Springboks as there is just too much rugby with no context.

Let’s start with Currie Cup, the oldest domestic competition in world rugby. It has served South African rugby since 1891. The South African Rugby Union (SARU) has destroyed this high profile competition with the enlarged Super Rugby. The Currie Cup is crammed in at the back of the season and played without the Springboks. Also, every franchise player who wants to earn money is allowed to go to Japan and miss the Currie Cup. The only reason the Currie Cup is still supported to a degree is because of its historical profile.

Super Rugby must be the worst competition in world rugby. The teams do not even play each other; therefore, in real terms it is not a competition but a festival of rugby. There are far too many games of varying quality and of no consequence. Try following this competition with its four logs and final log placings. The whole competition is a hoax and a scam. It is also busy destroying the international game because of the length of the competition and the demands on the players.

The so-called inbound tours to South Africa are no more than going through the motions of international rugby. These teams don’t even want to be here after a long domestic season. For example, the French team played the first Test at Loftus Versfeld without eleven of their starting team because of the French Top 14 final the previous Sunday. To call this a Test match and take the fans’ money at the gate is unacceptable.

The day SARU decided to abandon the concept of Grand Slam tours to the UK with the Springboks playing the four home unions, these tours lost their context and meaning. They are no more than friendly internationals being used to blood new players and resting core players.

The real rugby fan is no longer of any consequence to the game. It is about filling television time and maximising commercial opportunities.