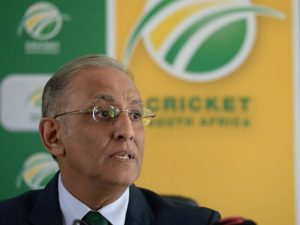 CSA must be congratulated with the initiative to launch their global T20 tournament.

Cricket South Africa (CSA) announced their intention to launch their global T20 tournament between November and December 2017. The concept is an attempt to raise the profile of the South African T20 competition and bring it onto an equal footing with the other major cricket playing nations’ T20 tournaments.

The idea is to have eight franchises that are city-based with private investors from around the cricketing world. In an ideal situation, CSA would like to have most of the investors from India and South East Asia where cricket is very strong commercially and has a big following. The cost to buy a licence to own a franchise will probably be between $40-80 million, payable over ten years.

The concept is an ambitious one and CSA will need to secure substantial foreign investment. The South African economy is not strong enough to deliver such a product. The commercial business partners like television, sponsors and advertisers will all need to be secured offshore in US dollars to finance such an event.

The tournament will only be a success if it can attract high quality overseas players, and this will also be another challenge. The tournament is taking place at the same time as the Bangladesh Premier League and just before the Australian Big Bash. India also do not allow their players to play in other global T20 tournaments. During this period most major countries are engaged in international cricket around the world as well.

CSA must be congratulated with this initiative as the South African T20 has not kept pace with the rest of the big cricket nations. Also, there is little doubt that domestic cricket has become nothing more than a developmental program for international cricket. The real professional game today is T20 cricket around the world.