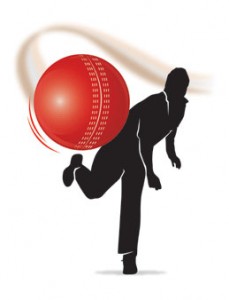 Dane Piedt the debutant off spinner against Zimbabwe enjoyed a fantastic match for the Proteas when he took 8 wickets for 152 runs in Harare. It has been the most promising debut for a South African spinner since Paul Adams way back in 1995. The young spinner now needs to be managed and nurtured; something that South African cricket is not good at.

South African cricket has historically struggled to produce quality spinners but has probably produced the best fast bowlers in the history of the game. One only has to think back to Neil Adcock, Peter Heine, Peter and Shaun Pollock, Mike Procter, Alan Donald, Makhaya Ntini and Dale Steyn to mention but a few. There were many other real quality South African fast bowlers that other countries would have died for. There are probably only two spinners, Hugh Tayfield and Paul Adams, who made an impact for the teams they played in.

Obviously the conditions and fast wickets have played a role but the biggest problem for spin bowling has been the plethora of great and quality fast bowlers that this country has produced and continues to do. South African cricket has developed a culture of fast bowling and spin bowling has suffered because of it. These problems exist at all levels of cricket in the country.

This situation needs to be addressed if South Africa wants to remain at the forefront of world cricket. Spin bowling needs to be respected and encouraged, developed and managed at all levels, including international cricket. Improving the quality and number of spinners in the country will also benefit the batsmen. South Africans are not renowned to be good players of spin bowling and this has cost the Proteas in the past, especially at ICC tournaments.

South African cricket urgently needs to embrace and develop a culture of spin bowling to become a complete cricket nation and to remain a dominant force in world cricket.