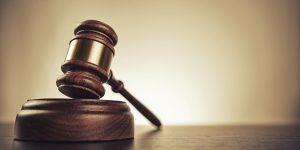 With CSA now under new leadership, we could see the situation defused and litigation avoided.

Cricket South Africa (CSA) needs a strong domestic system if the Proteas are to be sustainable and compete at international level.

CSA and the South African Cricketers’ Association (SACA) have been at loggerheads since CSA announced that a new provincial system of twelve teams will replace the existing franchise and provincial system. SACA have sued CSA for this decision as they believe they have not been consulted as prescribed between the two parties in the current Memorandum of Understanding. A court date has been set for the end of February 2020.

With CSA now under new leadership after the appointment of Jacques Faul as Acting Chief Executive Officer and Graeme Smith as Director of Cricket, we could see the situation defused and litigation avoided. Both are cricketing people and have a better understanding of the needs for South African cricket, rather than satisfying a political agenda.

It is crucial for the future of South African cricket that this matter must be stabilised and we can have the best model to make South Africa a true cricket nation, produce international cricketers of quality, create opportunity for the next generation of players, address the transformation goals of CSA on merit and be sustainable financially.

The current franchise system was the worst decision made by CSA. It has destroyed domestic cricket and players over the last fifteen years because the teams have no community identity, resulting in a diminishing fan base. The system is too narrow to create opportunity to produce international players, especially when transformation is factored in. South Africa faces a major player problem because of this narrow system and the lack of equal opportunity – reflected by the amount of players leaving these shores.

A twelve team provincial system, structured into two divisions, will solve many of these problems like quality, opportunity and a place for the cricket fraternity in the game. It is important that all provinces that have a historical footprint in South African cricket be accommodated to ensure that the country becomes a true cricket nation like England, Australia and India. South Africa is a developing country and cricket forms part of this national agenda.

To achieve this situation all provinces must understand their roles and administrators’ egos need to be controlled. There is a place for all as long as the expectations are realistic with regards to their playing and financial status.

The proposal to increase the franchise system to eight will only compound the current problem as it will not be accepted across the cricket spectrum and will not solve the practical issues that confront South African cricket.

A twelve team provincial system, well-structured both on the field and commercially, will satisfy the aims of the provinces and create stability for CSA to achieve their goals.