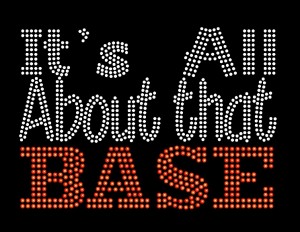 If cricket is to be a truly South African game it cannot achieve its objective by having a very narrow base.

South African cricket needs a bigger professional competition if it is to remain competitive in world cricket. This was recognised by Andrew Hudson, the outgoing convenor of selectors, when he called for two additional franchises.

Cricket South Africa (CSA) abandoned the eleven team provincial system after the 2003/04 season that had served South African cricket for over a hundred years. They replaced it with a six team franchise system along the lines of Australian domestic cricket. The reason was to close the perceived gap between the international and the professional game ensuring better equipped players for the national team.

This decision never took into consideration the transformation policy of South African cricket and reduced the opportunities for black and white cricketers alike. It also did not take into account that it abandoned cricket brands that were over a hundred years old. CSA then tried to build new domestic brands in a global environment in which domestic cricket was under pressure. Also, no consideration was given to the fact that more cricketers were needed to play in the congested “Future Tours Programme” of the International Cricket Council.

The restructuring of the domestic game has not been a success for various reasons. It has neither produced better international cricketers, nor grown the game commercially, nor grown the fan numbers. Adding two additional franchises will not improve South African cricket holistically.

CSA needs to go back to the eleven provincial team system. The first class game needs to be played in two divisions with a double round ensuring strength versus strength. Division One should consist of the big six provinces playing four day first class matches and Division Two the five smaller provinces playing three day first class matches. This will ensure that South Africa continues to create opportunity and produce enough quality players for international cricket.

With regards 50 over cricket, the teams must also play in two divisions over a double round – once again ensuring strength versus strength. The two top teams in each division play in the semi-finals giving all the teams the opportunity to win the limited overs competition (Momentum Cup). This will ensure that South Africa continues to nurture and produce quality players for the Proteas’ one day – and cricket world cup teams.

The T20 competition must be used to promote cricket across the country. All eleven teams can play in the T20 competition (Ram Slam), ensuring that each province has a professional team and home T20 matches in a high profile national competition. This will ensure that cricket is once again supported and followed by the whole country.

If cricket is to be a truly South African game it cannot achieve its objective by having a very narrow base with six franchises that belong to no community.