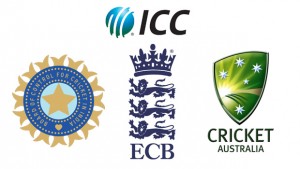 For many years South Africa used to be a one of the elite and respected members of the ICC, but that has changed. The ICC is now run by the “Big Three”: India, Australia and England.

There is a general feeling in the cricketing world that South African cricket has lost its iconic international status and interest within the country is dwindling. These are not perceptions but fact when one analyses recent developments.

For many years South Africa used to be a one of the elite and respected members of the International Cricket Council (ICC), but that has changed. The ICC has re-structured itself and is now run by the so called “Big Three”: India, Australia and England. They make the decisions on ICC funding for each country and where ICC events will take place, while the rest of the countries wait for handouts. For example, over the next five years South Africa will receive $92 million and India $560 million from the ICC. This proves that South Africa has been relegated to the rest of the pack with the likes of New Zealand and Pakistan.

With regard to ICC and international events, South Africa has been side-lined. It has not hosted a global event this decade, with the exception of a low key Champions’ League T20 in 2012. The last ICC global event that was held in South Africa was the Champions Trophy in 2009. During the previous decade the country hosted three ICC global events: the 2003 Cricket World Cup, the 2007 World T20 and the 2009 Champions Trophy. Add to these two major T20 events, the 2009 Indian Premier League and the 2010 Champions’ League T20, to complete the picture for the last decade. There are no big ICC events planned for South Africa for the foreseeable future.

Because there is no longer a tournament and commercial incentive for the six franchises, they are loath to invest in overseas players because of the weak South African currency. Also, the complex selection criteria of Cricket South Africa (CSA) make the selection process very complicated, even without an overseas player. To date only two overseas players have been signed for the 2015 Ram Slam T20: Kevin Pietersen at the Dolphins for five matches and Andre Russell at the Knights for the full period.

There is a real danger that the other four franchises might not sign overseas players. That will have an impact on the profile and public interest of the Ram Slam T20. It remains the only domestic competition that still attracts some public interest in the country.

The recent New Zealand tour attendances were, at best, very average. If one looks at the One Day Internationals in isolation, they were very disappointing. Not one of the five tour matches against the 2015 Cricket World Cup finalists was close to being sold out.

There is a feeling that the only factor currently keeping South African cricket on the international radar is the Proteas’ status as the number one Test-playing nation in the world. However, this can’t last forever as these things are cyclic. If this assumption is indeed correct, what then..?

CSA, like the country in general, faces many challenges in a vastly changing and competitive world. South Africa does not have the currency or economy to compete with the “Big Three”, but it does have the players to sustain a very competitive national team and players who will be in demand for global tournaments. To achieve this, however, CSA will need to develop and manage their players better than they are currently doing.