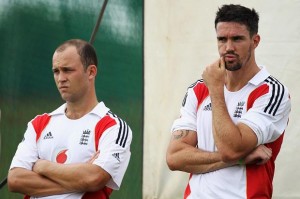 On 16 May 2008, the county ground at Grace Road, Leicester was the scene of what was to become a watershed moment in English cricket.

Leicestershire was hosting Northamptonshire and on any other day it would have been the last day of just another rain-affected county championship match. But, as cricinfo famously described it, the teams resembled a “United Nations conference”.  No fewer than thirteen overseas-born players (i.e. players who didn’t qualify to play for England) participated in the match.  More pertinently, nine of those were South Africans:  HD Ackerman, Boeta Dippenaar, Jacques du Toit, Claude Henderson and Dillon du Preez for Leicestershire; Nicky Boje, Lance Klusener, Andrew Hall and Johan van der Wath for Northamptonshire.  (Make it ten if you want to throw Kepler Wessels’ son, Riki, into the equation; although he was born in Australia he qualified to play for South Africa through his father’s citizenship.)

As a direct result of this game, the England & Wales Cricket Board (ECB) started tightening up measures ensuring more English representation on the field of play and attempting to outlaw the so-called Kolpak dispensation.  In a nutshell, the ECB penalised counties financially whenever they fielded a player not eligible to play for England and, to underpin the penalty, in May 2012 introduced the following residency requirements before you could play for England:

•All players who begin residence in England or Wales before their 18th birthday will need to complete a residence period of four consecutive years.

•All players who begin residence in England or Wales after their 18th birthday will need to complete a residence period of seven consecutive years.

On the one hand many young players approaching their 18th birthday were therefore forced into a premature decision about where their future lies.  On the other hand a county signing up a non-English player after his 18th birthday were faced with the prospect of a seven year ECB penalty.  The county now had to be more than 100% sure the player was worth it.

But have these regulations had any impact on the flow of South African-born players into county cricket.  Using only “born in South Africa” as a criterion (and obviously excluding official overseas players from South Africa), there were 43 South African-born county players in 2008.  A similar headcount reveals 28 players in 2014 – a drop of 35%.  The number might be down but the South African presence is nevertheless still significant:  7,5% of all the professionally contracted cricketers in England.

But perhaps most significant is that exactly half the players from the group of 28 were signed up by their respective counties post-2008 (i.e. excluding the Kevin Pietersens and Jonathan Trotts). They are:

•Wayne Madsen and Tim Groenewald at Derbyshire.  Madsen is also the current captain.

•Keaton Jennings and Michael Richardson, sons of the wicketkeepers Ray and Dave respectively, at Durham.

The new dispensation has had an effect, for sure, but one suspects not as much as the ECB lawmakers were hoping.  Clearly the counties that signed up these players made the decision that despite any financial drawbacks, they are worth it.  Despite that telling day at Grace Road in 2008, it seems South Africa today is still as good a feeding ground for England as it was pre-2008.