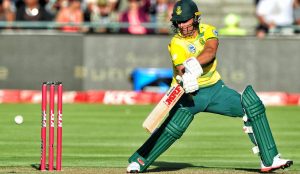 How ironic that 50 years after the D’Oliveira affair, South Africa is still a cricket island in so many ways.

This month marks the 50th anniversary of the D’Oliveira affair.  It ushered in the final chapter that would eventually lead to South Africa’s expulsion from international cricket in 1970.

In apartheid South Africa Basil D’Oliveira was classified a Cape Coloured and barred from playing international cricket.  He emigrated to the United Kingdom in 1960 and made his debut for England in 1966 when he was almost 35 years old.  Despite his age D’Oliveira eventually had a very successful career for England, representing his adopted country in 44 Test matches and four One-Day Internationals.

In 1968 England selected D’Oliveira for their end-of-year tour to South Africa.  This was of course highly embarrassing for the apartheid regime and as a result the South African Prime Minister, John Vorster, cancelled the tour.  Coming on the heels of New Zealand’s abandoned 1967 rugby tour over South Africa’s refusal to allow Maori players, the D’Oliveira affair added fuel to the fire.  The calls for South Africa’s sport isolation grew stronger and stronger.  Two years later the ICC expelled South Africa and the country became a cricket island.

How ironic then that 50 years later, the country is still a cricket island in so many ways.  Here are just a few reasons why this is so:

Quotas are an important part of South African cricket; all its stakeholders buy into the concept.  But it is a unique concept in world cricket, something cricket people elsewhere find completely foreign and very often hard to grasp.  As meritorious as quotas may be, it is a uniquely South African thing and make us a cricket island.

The botched attempts of Cricket South Africa (CSA) to get a domestic T20 competition with international appeal off the ground are well documented.  The umpteenth attempt to get a tournament of stature going is three months away and so many aspects of it are still unclear that one seriously wonders (once again) whether it will happen.  When even a minor cricket nation like Canada can successfully host a T20 competition with international clout, it is an indictment on CSA that it cannot do likewise.  It makes South Africa a cricket island.

Staying with T20 cricket, the decline of South Africa’s representation in the Indian Premier League (IPL) has been debated for some time now.  One pertinent reason is that the South African players don’t embrace the tournament and interact with the Indians as much as, for example, the Australians do.  They tend to keep to themselves and form an island.  It is something that hasn’t gone down well with the IPL teams trying to build their brands.

Every year roughly 21,000 cricketers, many of them South Africans, flock to the British Isles to play club cricket.  For many journeyman professionals this is their IPL.  Over the last five years, very gradually, the South African franchises and provinces have called back their contracted players earlier and earlier (sometimes in July already, meaning they’re missing about a third of the English season).  This hasn’t gone down well with English clubs.  It has isolated South African players to the point that English clubs would rather contract a player from another country even if a better South African option is available, because the other player will be available for the whole season.

There are countless other examples where South Africa appears to have isolated itself from trends in world cricket.  To be sure, we must keep our uniqueness and identity, but it cannot be at the cost of isolating ourselves.  We cannot be a cricket island, out of sync with the rest of the world.