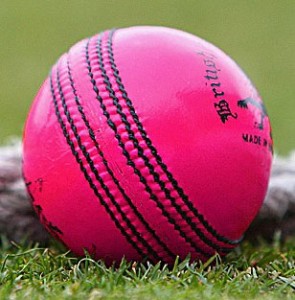 There is no reason for the Proteas to fear the pink ball.

“How can the Test match crowds in South Africa be so poor? They have a magnificent team with arguably the best fast bowler in the world and possibly the best batsman in the world.  Yet no one goes to watch them play at home.  Come on you guys get active, there will be a time when your product isn’t that good and you’ll struggle to exist.”

This quote is not from some disgruntled South African cricket supporter, fed up with quotas or the Proteas imploding yet again at a global tournament. It is the legendary Australian wicketkeeper, Rod Marsh, speaking at the annual MCC Spirit of Cricket Cowdrey Lecture at Lord’s last year.  At the time, South Africa was the No.1 ranked Test team in the world, a position they had held point for more than three years up to that point.

In the eight months since Marsh’s speech, the Proteas have had a torrid time. No need to re-hash the 2015/16 season; suffice it to say it has been South Africa’s worst season for many years.  We are no longer the best Test team in the world.  On the domestic front, the standard of franchise cricket was well below par.  Sooner than expected South African cricket has arrived at the point where, in Marsh’s words, “your product isn’t that good”.

Consider Marsh’s warning in the context of South Africa’s tour to Australia in November for a series of three Test matches. Cricket Australia (CA) has suggested to Cricket South Africa (CSA) that the final Test match in Adelaide be a day-night fixture.  This week, however, various sources in South African cricket have tried to pour cold water on CA’s plans.

Tony Irish, CEO of the South African Players’ Association, fired the first shot: “Our team is not in favour of playing the match as a day-night Test with the pink ball.  It’s an extremely important match – potentially a decider – of the series to the Proteas.  The players’ strong desire to play this as a normal Test match is testament to how much they actually care about the series.”

Then Test captain AB de Villiers weighed in: “We had a meeting with Steven Smith [Australia’s Test captain] and some of the Australian players, and the consensus from our talks were that there are just too many unknowns.  Players from both teams were reluctant to go ahead with it.  South Africa and Australia have a great cricketing rivalry, and this is a series that we value. We could well be playing for an opportunity to regain the No.1 Test ranking, so playing a day-night match is a fundamental change to the itinerary.”

All these arguments are valid, but they miss the point. They are “head-in-the-sand” excuses that have one common flaw:  A failure (or perhaps reluctance) to see beyond Adelaide and a bigger picture for South African cricket.

South Africa’s cricket product is sick. Last week CSA set up various committees to inter alia assess the Proteas’ performances and investigate a better model for domestic cricket.  But committees are not going to draw spectators.  CSA needs to win the hearts and the minds of South Africans, especially the young ones.  For now there cannot be a better way to capture their imagination than playing a day-night Test match.

If the concept of a day-night Test match works, what a wonderful platform it could be to give our cricket a shot in the arm. South Africa’s Boxing Day Test matches have been crowd flops for years.  What does CSA have to lose by trying it in a day-night format?

Instead of thinking too much could be at stake in Adelaide to experiment, why not turn the argument around? As Daniel Brettig put it so eloquently in his recent opinion piece on www.espncricinfo.com :  “While the [South African] players have every right to protect what they consider to be the integrity of their game, they would do well to consider the wider view this time around.  Take the positive option, and find out what rewards may lie on the other side of night. Not just in Adelaide, but in South Africa too.”

The Proteas could win the first ever day-night Test match between South Africa and Australia, regain the no.1 position in the world ranking and draw more fans. Isn’t that worth the experiment?