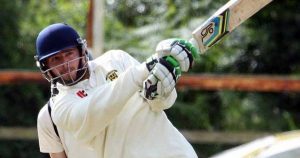 CSA needs to go back to the twelve team professional system.

South African cricket needs to replace the current franchise system with the provincial system that served cricket in this country so well for over a hundred years. It is not living in the past but rectifying the worst restructuring decision made in the history of South African cricket by a generation of administrators who failed to understand the dynamics of both South African and world cricket at the time.

They tried to create new identities with the franchises at a time when domestic cricket was under pressure around the world because of the increase in international cricket and the T20 tournaments. Also, they sacrificed great cricket brands like Western Province and naïvely believed that people would support a new franchise brand that had no identity or history. This decision destroyed domestic cricket as a commercially viable entity and forced its future existence totally on international revenue.

The decision was also made at a time when quality black players were starting to emerge in numbers and needed an opportunity to develop and stake a place for national honours. The franchise restructuring to six teams resulted in a system that forced players to leave the country or not pursue a professional cricket career because of the lack of opportunities. This resulted in Cricket South Africa (CSA) actually producing players for England and New Zealand, because they had become frustrated with the system and left the country.

If the game is to sustain itself and grow in the country, CSA needs to go back to the twelve team professional system. The competitions can be structured to retain standards that are required to grow players for international cricket and also create opportunity for players that emerge from what CSA calls “the pipeline”. The CSA pipeline produces more quality young cricketers than in years gone by but they have nowhere to go with the narrow six team franchise system. The twelve teams will ensure the best standard of domestic cricket, create opportunity for the next generation of players and transformation will become a positive influence because it will have no casualties.

The return to provincial cricket will also get the whole country behind the game again like in the past. Each area will have its own team with which it can identify, as well as support by going to the stadiums and through the media. This will again generate the interest in domestic cricket which is missing today.

With regard to sponsorship, the franchise teams or competitions as a product are no longer strong enough to be sponsored by blue chip companies. However, if they are local teams they will be supported by local industry to the benefit of the provinces.

Domestic cricket is at an all-time low and needs a new strategy to uplift its profile. The provincial system is the only way forward. The franchise system has not only failed South African cricket, but done untold damage and continues to do so.