Second Afghan player signs with One World of Sport 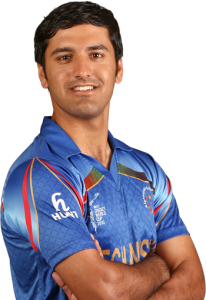 One World of Sport is very proud to announce that one of the rising stars of Afghanistan cricket, Najibullah Zadran, has signed a long-term representation agreement.

Zadran is a 22-year old left-hand, middle-order batsman. He made his international debut in 2012 at the age of 19 in an ODI against Ireland. He has since represented his country in 19 ODI’s and 16 T20I’s.

Zadran already has two ODI fifties behind his name, with a highest score of 83. At this year’s World Cup he scored 56 at a run-a-ball against hosts and eventual runners-up, New Zealand, in Napier.

Zadran is One World of Sport’s second signing in the fledgling cricket country following in the footsteps of the current Afghanistan international star, Mohammad Nabi, in 2014. Nabi is the only player from Afghanistan currently playing in the Bangladesh Premier League.