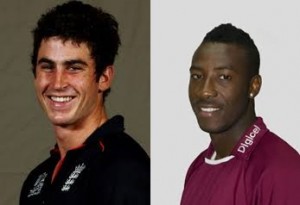 One World of Sport, in collaboration with the London-based cricket agency Essentially, has been instrumental in securing the services of international T20 stars Andre Russell and Craig Kieswetter for the Knights and Warriors respectively.

West Indian Russell will join the Knights squad today after his flight from Jamaica was delayed in America. The 26-year old is a right-hand batsman and right-arm fast bowler.  He is one of the most dynamic T20 players in the world.

Russell has been particularly instrumental in the recent success of the Kolkata Knight Riders in the IPL. He has played 38 ODI’s and 30 T20’s for the Windies and was a key member of their champion World T20 side in 2013.

Kieswetter, who was already in Cape Town visiting family, joined up with the Warriors squad in Port Elizabeth earlier this week to prepare for this weekend’s launch of the RamSlam T20 series at the Wanderers. He will open the batting for the Eastern Cape outfit and also keep wicket.

The other overseas players for the tournament are: