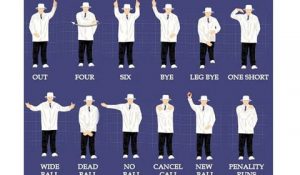 Significant changes to the laws of cricket were made in October this year.

With very little fuss, the International Cricket Council (ICC) introduced new changes to the laws of cricket that came into full effect around the world on 1 October this year.  The changes cover all levels of the game.

The new Code of Laws, issued by the Marylebone Cricket Club (MCC) (amazing to think that after removing all vestiges of colonialism in cricket, the ICC still entrusts the laws of the game to the MCC), are the first major changes to the game’s laws  for almost two decades.  The 2017 Code is the sixth of its kind written by MCC since the first Code was drawn up in 1788.  The other four Codes were published in 1835, 1947, 1980 and 2000.

The new Code followed a three-year project overseen by the MCC’s laws sub-committee, which involved numerous trials and widespread global consultation throughout the professional and amateur game.

In total the game (still) has 42 laws.  Two were removed but two new ones were added.  The most significant of these law changes are: