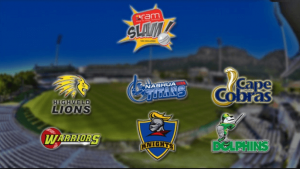 South African fans have the chance to see the Proteas players for perhaps the first and only time playing domestic T20 cricket for their chosen franchises.

The South African domestic season (sort of) kicks into gear again this weekend with the start of the Ram Slam T20 Challenge (or just Ram Slam for short).

Two factors have fortuitously combined to rescue the first half of the South African domestic 2017/18 season:  Firstly, in an ironic twist to the demise of the T20 Global League, the country’s best players are all available to play in the Ram Slam.  Secondly, the event has found a title sponsor.

With Cricket South Africa (CSA) still reeling from the resignation of former CEO Haroon Lorgat and the shocking announcement two weeks later that the inaugural T20 Global League (T20GL) had been indefinitely postponed, few would have believed CSA would still be able to deliver a domestic T20 competition to which all fans can look forward.  To their credit, they have.

In the aftermath of the T20GL cancellation there was an international scrambling (especially from the Bangladesh Premier League (BPL) which would have been in direct competition with the T20GL) to snap up the big name players who have all of a sudden become available.  CSA was obviously powerless to do anything about the international players, but they very firmly put their foot down in respect of all South African players.  It was the one chance they had of turning a negative situation into a positive one.

From the outset CSA made it very clear that, unless very special circumstances exist, no South African player would be granted a No Objection Certificate to play in the BPL or any other league in conflict with the Ram Slam.  As a result, South African fans have the chance to see the Proteas players for perhaps the first and only time playing domestic T20 cricket for their chosen franchises.

Earlier this week CSA announced that courier company Ram will once again sponsor the franchise T20 competition.  This is a major shot in the arm for the beleaguered national body.

The 2014/15 Ram Slam was marred by a match-fixing scandal which lead to seven high profile players being banned for between two and twenty years.  Although CSA maintained that no actual fixes took place, the tournament had been tainted and Ram decided to withdraw their sponsorship.  As a result the 2015/16 T20 competition was sponsorless and CSA was forced to foot the entire bill for the tournament.

But now everything is hunky dory again (well, almost) and the 2016/17 Ram Slam is upon us.  The tournament will run until 16 December, with all franchises playing each other twice in the first round.  The first round matches, however, are not entirely on the usual home and away basis as the fixtures released by CSA at the launch of the tournament includes three double-headers.  Starting on 12 November at SuperSport Park in Centurion, the double-headers will also feature at Newlands on 26 November and St George’s Park on 3 December.  The semi-finals will be on 13 and 14 December.